So following up on our exclusive from earlier ... President Obama gave a speech today at Cooper Union in which he may or may not have offered his views on the first round of the NFL Draft taking place later tonight.

Anyway, many thanks to EV Grieve reader Ryan for passing along a few photos from today... such as the President in his limo... 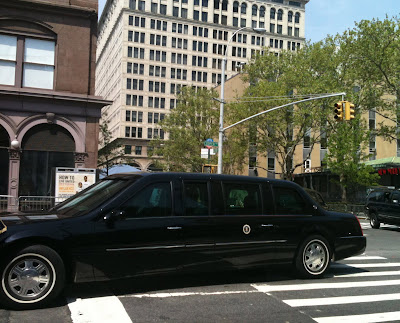 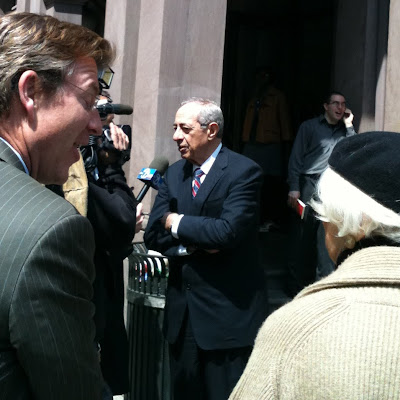 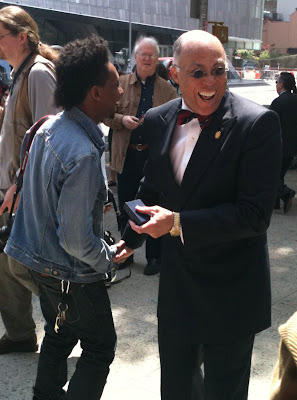 ...and a fight between a communist and an anarchist/activist... 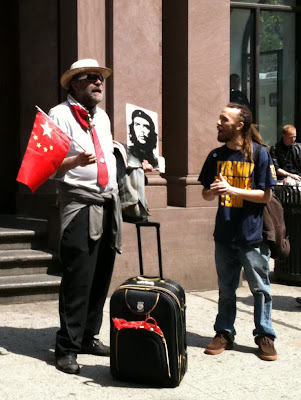 Ryan also said that he saw Lloyd Blankfein (the nerve!) and Rev. Al Sharpton. "Someone thought they saw Steve Jobs, but I can't confirm that he was there." Oh! Hope that Steve didn't see these!
Posted by Grieve at 5:28 PM

You can see the NYPD was on their game. No exploding bicycles in any of these pix.

You must mean Lloyd Blankfein, not Blankfield, right?

Yes! Him too... Thanks, anon... can't believe I muffed that considering he has been in the news every day...

An unfortunate twist to this: http://cityroom.blogs.nytimes.com/2010/04/23/bike-stolen-check-the-police-station/?scp=1&sq=bike%20seized&st=cse