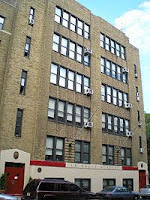 Crain's reports that the World Class Learning Academy — a U.K.-based independent school for kiddies age 3 to 11 — is taking over the La Salle Academy space on Second Street and Second Avenue. According to Crain's, "It will be the group’s sixth outpost in the U.S. and the first in New York. Its other American locations are in Boston, Charlotte, N.C., Chicago, Houston and Washington." The school opens in September.

And what will become of LaSalle, a Catholic boys school? They'll be moving into part of St. George Ukrainian Catholic School on Sixth Street.

La Salle 6th Street is Born!
One of New York City’s oldest and most respected Catholic school secures its future on the Lower East Side.

La Salle Academy, an award-winning Catholic high school with over 160 years of presence in New York City’s Lower East Side, is expanding its educational programs to 6th Street, where they will be sharing space with St. George Ukrainian Catholic Schools, another historic neighborhood institution. The two schools will coexist in one building, but remain two completely distinct institutions. La Salle will also remain, in part, on the corner of 2nd Avenue and 2nd Street, in a building that will house an alumni center, administrative offices, a residence for the Brothers, and various rooms for student use.

The relocation comes after years of planning by the school administration and Board to address challenges that face inner-city Catholic education, including increased operating costs and decreased enrollment.

“With so much news about Catholic schools struggling, I’m delighted to state here and now that La Salle Academy will continue to provide its exceptional college preparatory education on the Lower East Side for generations to come,” said Dr. William Hambleton, the school’s president.

I knew money was tight for La Salle when they accepted a wrap-around ad for their building. 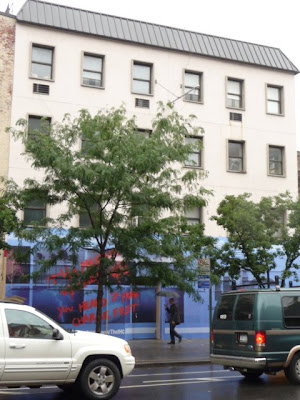