Expect a rebranded Cooper Square Hotel one of these days 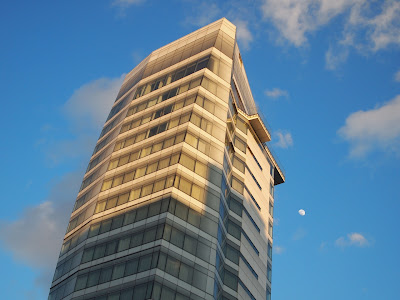 At the Post today, Lois Weiss reports that "the trendy upscale Cooper Square Hotel" is for sale. As she notes, the sale is expected to attract interest from "equally trendy hoteliers like Ian Schrager and Rocco Forte."

The marketing materials boast "an exclusive bar on the second floor featuring floor-to-ceiling windows and an expansive 1,700-square-foot outdoor patio."

The CoHo, you know (sorry!), had to hand itself over, or something, in a $71 million restructuring deal, The Real Deal reported back in March.

But! As Weiss writes:

Things are looking up, however. At least one night this weekend is sold out and the following weekend has availability with rates ranging from $392 to $441 for a king-size room. With city occupancy continuing to bounce upward along with tourism and room rates, Westport Capital probably figured it was an opportune time to hit the market.

A call to Christopher McClure, CEO of Westport Capital, also went unreturned by press time. Harmon is currently wrapping up the sale of the Chelsea Hotel to an as-yet-unnamed buyer for around $80 million.

When the dust settles, sources said, the Cooper Square Hotel should top that price, especially since it is sparkling new and has no hotel management contracts in place.

"It can be totally rebranded," said one source.

That "sparkling new" exterior will need to be hosed down when the demolition and subsequent construction starts directly next door at the former 35 Cooper Square.
Posted by Grieve at 8:34 AM

The last sentence gives me great joy. That 1700 square feet outdoor patio will be very noisy and dusty. There will be a few rats,too. I know that many of the regular readers of this blog will allow themselves the pleasure of a little "Schadenfreude".

This comment from the story EV Grieve linked to in the Real Deal sadly about sez it all:

Cheap interior design. The rooms are lousy. Small, ugly and way overpriced. I'd rather stay at a Marriott in midtown, and cab it home after partying.

I love this, "the second floor featuring floor-to-ceiling windows."

Yes, and next year they will look right into the windows of the dorm next door instead of over a cute lil' row house.

These buyers are just beginning to reep what their greedy developers sowed. Of course, the developers took their money and ran, but the owners will continue to lose money for years to come. And while that happens, we all lose out: locals, electeds, owners, businesses.

I live in the clothesline building. i guess it's time to gear up our outdoor speakers for when the prospective buyers visit. of course, the big construction projects to the the north and west of the hotel may have the same impact.