Last week, the Department of Records unleashed images from its database — 870,000 digital photos of New York City dating back to the 1850s... the culmination of a four-year photo-digitalization project by city archivists, as The Wall Street Journal put it.

However! I randomly checked late last night, as I've been doing every 90 seconds the last eight days. Or so. ... and everything was up and running. Woo!

So, for starters, this was a rather quick and random search ... I just grabbed stuff as if I was ransacking Key Food before a hurricane...

These photos of workers in Tompkins Square Park are dated May 1941... (and nice to see that workers stood around then too — kidding!)

...in the top photo, you can barely make out the Avenue A street sign in the upper right-hand corner... 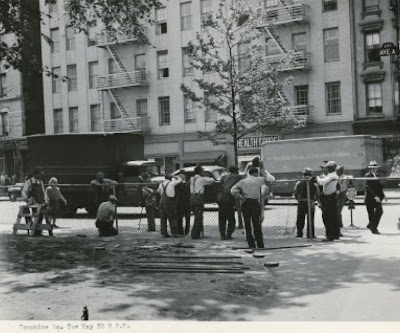 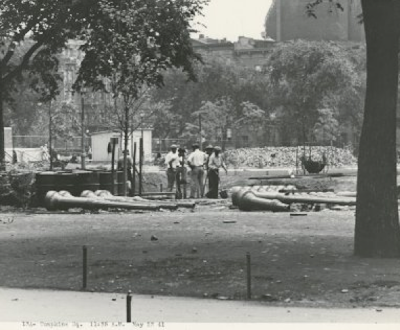 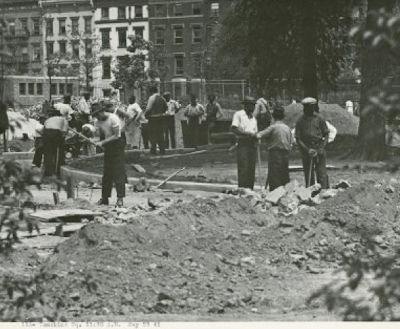 This shot in the Park looking west toward East Ninth Street wasn't dated... 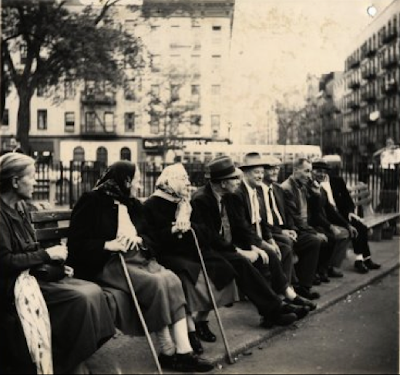 And here is the north side of Delancey Street west of Clinton Street dated June 7, 1906 ... There are a lot of Delancey shots from this time period. 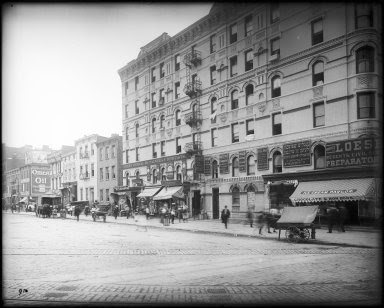 Here are two random tax photos, which were taken some time between 1980 and 1988... (There are a lot of tax photos, though the images are very small...) 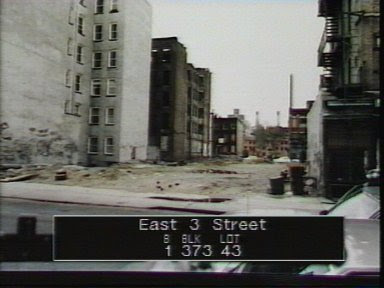 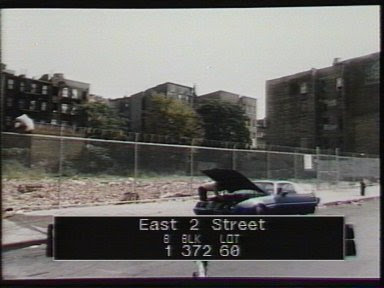 And some tax photos on the Bowery... You may recognize a few spots ... 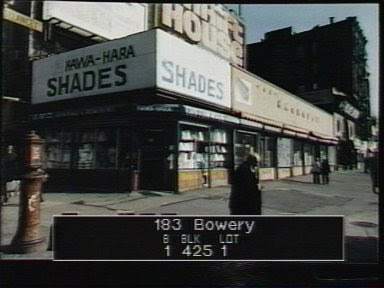 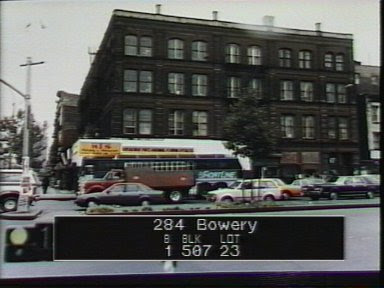 ... such as the former 9-17 Second Avenue, where the Mars Bar was eventually on the corner... 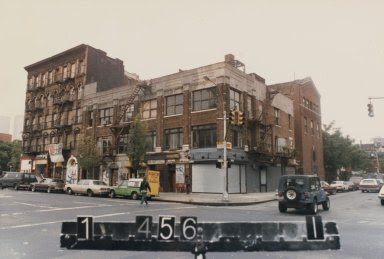 ...and the current home of Gemma and the Bowery Hotel... 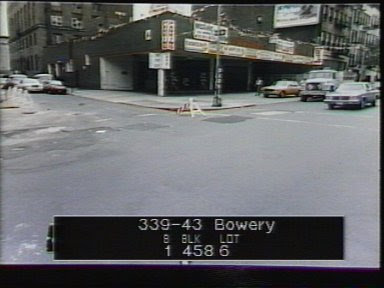 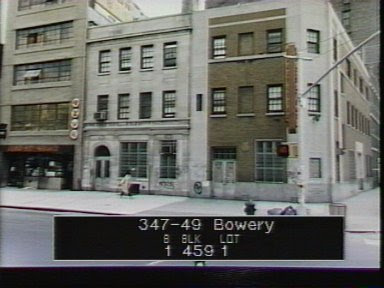 And some tax photos on East Houston.... 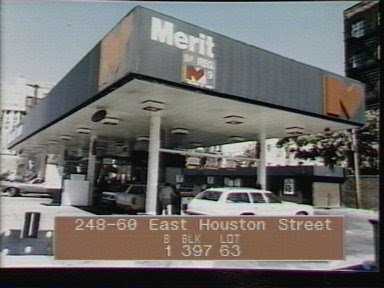 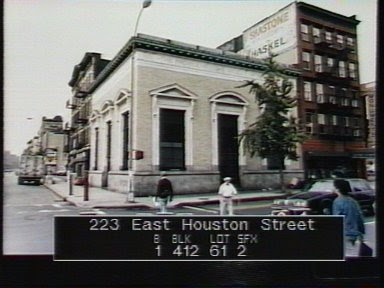 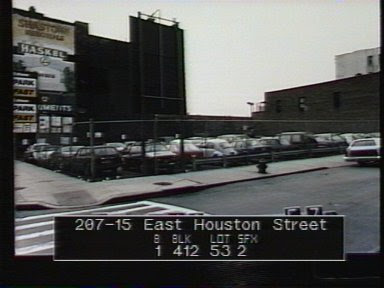 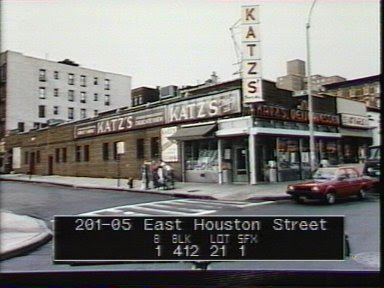 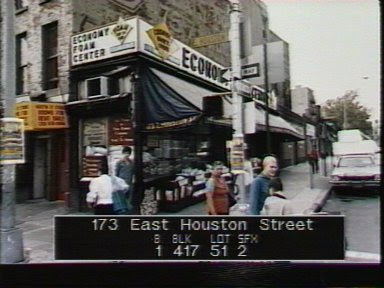 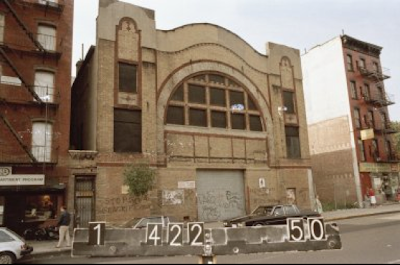 OK, going back in for more... Meanwhile, you can search yourself right here.

[All photos courtesy NYC Municipal Archives]
Posted by Grieve at 6:55 AM

finally, we're in! it's very exciting. unfortunately, as you say, the 80s tax photos are tiny--and very grainy. still, it'll keep me digging for hours. thanks G!

This will be very bad for productivity.

This means photos of cats the rest of the week at evg.

This is not exactly on topic but much of this Salt N Pepa video was shot inside the Sunshine Cinema building when it was still derelict:
http://www.youtube.com/watch?v=gocu9N6k6as

Was living next door at 145 E Houston at the time.

wow there was a crusty row back in the day

Thanks for letting us know it's up and running! There goes the rest of the day!

that nyc archive site is slow! they need to upgrade to a 1G server, at least.

I'm going to need to schedule a few weeks off this summer, just to go trawling through this archive...good stuff.

It's great, amazing stuff but like others have said, what's up with the "video capture" stills from the 80's?

Still, so great this stuff is out there!

Someone needs to build an app or a site that takes this data/images and builds a user interface that doesn't suck.

Grieve, you should just redirect traffic to Cats in Sinks dot com so you don't have to waste time posting photos of cats: http://catsinsinks.com/

The first picture, supposedly dated 1941, shows a sign for "Health Food". That was unusual for the time; they were probably Communists...

What a treasure-house. I was looking at 80s tax photos too & yes, they're very low-resolution images on the site (impossible to make out details on signs, etc.) but the ones you order as prints are(I think)higher-resolution. This makes it almost impossible how to decide which favorite ones you would choose to get - there are so many. I spent hours & hours looking over the weekend.
Another Economy customer here - foam for a mattress first (84?) and then that uncomfortable futon purchase later on. I miss many things, but not futons!

I just found my last three homes! Happy to say they haven't changed much (at least on the outside).

The police department evidence photo gallery is one of the most fascinating - and haunting and disturbing - things I've ever seen.

This is an exceptionally amazing experience. There's really too much to comment on, but one thing that struck me was this; when the city fathers built the subway system at the turn of the century, they built most of it above ground. There were elevated tracks on many of Manhattan's avenues. Within 20 years, it became obvious that these structures were impeding accessibility and growth, and NY transitioned to subways and removed the elevated tracks. Now here we are 70 years later, and our mayor has decided to effectively return us to the 1920's by narrowing and clogging our streets, with the only difference being that there are no foreboding superstructures looming overhead. How very, very interesting.

A couple of historical comments on the post above 1) The New York elevateds date back to 1868, and were pretty much entirely in place in Manhattan north into the 60s by 1880. 2) Neither the els nor the subway were built by the "city fathers" - both were privately built and operated originally. The city didn't get directly involved until the opening of the first municipally operated "Independent" subway line on 8th Ave. in 1932. Private operation of subways and els didn't end until all of the lines were "unified" under city control in 1940.

Thanks for the clarification. My point was that the city certainly called the shots when it came time to tear down the el's, and there was good reason to do so. BTW, it doesn't mention it in the WIKI, but if those original el's were "rail lines" weren't they a different gauge track, and not compatible with subway lines ? It's also notable that elevated's didn't run on Lex, Park Madison or 5th :-)