We've been waiting for this one... Back in November 2009, we noted that the former beer garden at Croxley Ales was on the market... 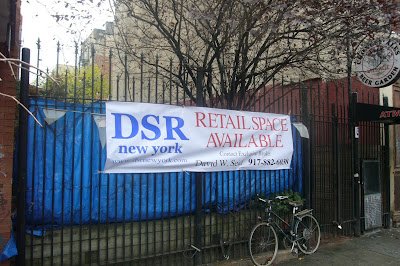 A deal was in place for the lot back in March 2011 here on Avenue B near East Second Street. This morning, a tipster points us to the freshly arrived plywood... 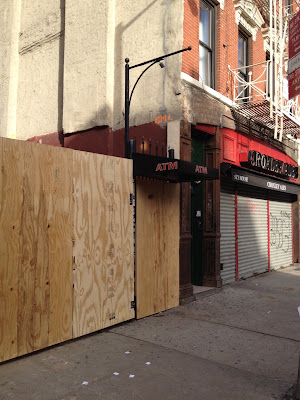 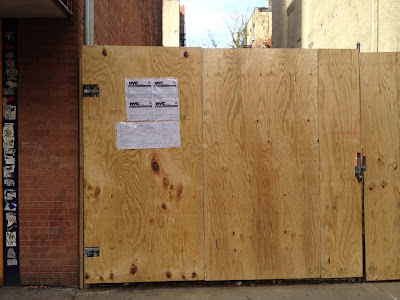 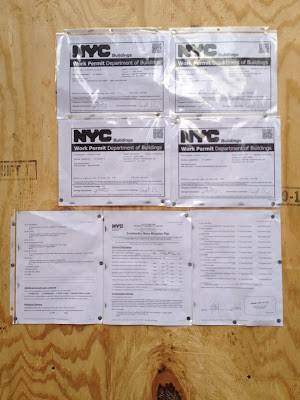 Earlier in the year, the city OK'd permits for a six-story apartment building with ground-floor retail space.

Shiming Tam Architects are listed with the DOB.

Our tipster passed the site again... and workers put up more signage... 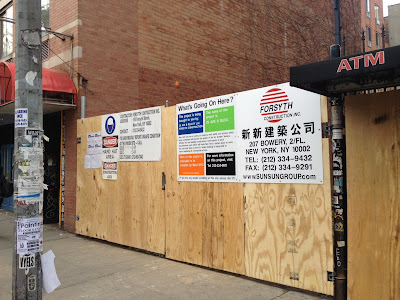 Deal apparently in place for former Croxley Ales beer garden
Posted by Grieve at 11:24 AM

Email ThisBlogThis!Share to TwitterShare to FacebookShare to Pinterest
Labels: 26 Avenue B

I'm going to date myself here, but I remember when there was an operating blacksmith shop on that site in the late '80's.

Plywood just went up today at 535-537 East 11th Street, guess the spring start date has been moved up. Goodbye, morning glories that grew on that fence in a waterfall of green and purple every spring...

Boy, I remember when the building that used to be there burned down in the early 80's.

I remember when that spot was a covered-wagon repair shop back in the 1880s! Top that!