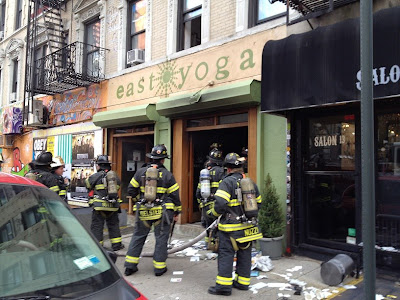 There's now a "for rent" sign on their former space... 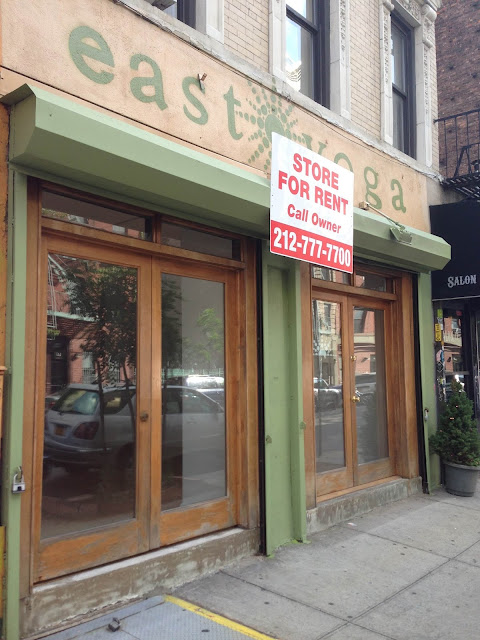 We asked Jen, the studio manager at East Yoga, for an update.

"We are definitely planning on finding a new location in the neighborhood, and have been working on that since the fire. We just don't have one yet," she said. "We do, however, have an abbreviated schedule of classes in a temporary location at ABC Sanctuary [on East Sixth Street] on the weekend, and are holding free yoga classes in Tompkins Square Park during the week."

She said that she was hopeful to have some good news about a new space in the coming weeks.

Previously on EV Grieve:
[Updated] Fire at East Yoga on East 13th Street and Avenue B
Posted by Grieve at 5:30 AM

Sure is taking a long time for them to find a new place.

The old location has that for rent sign, and looking into the windows, the floors look nice. Seems like they should just move back there.

I guess there could be some bad blood between them and the landlord though.