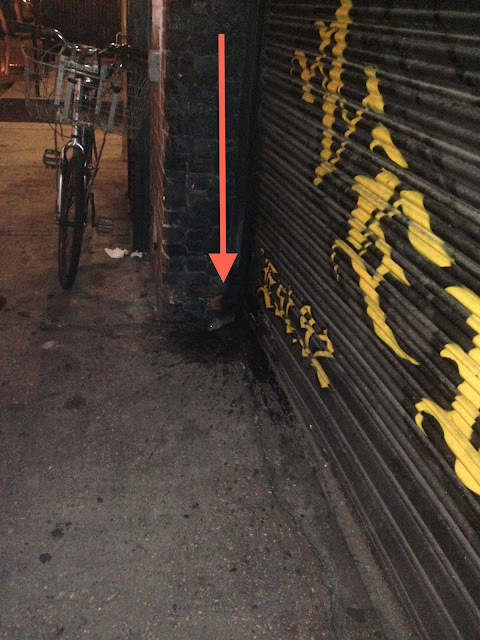 We've heard from several residents who live on East Second Street between Avenue A and Avenue B... These residents say that there is a rat problem at 188 E. Second St, a single-level structure that's home to the beverage distribution company. 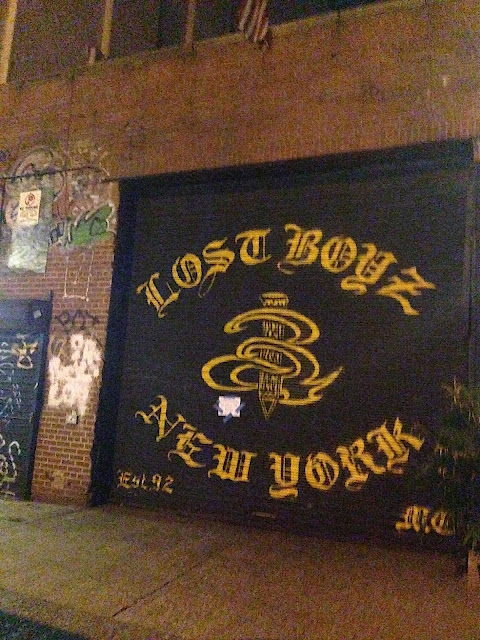 Said one resident: "It's full of rats that run and in out all night. Dozens of them. People walk their dogs here. There are little kids. A restaurant next door. It's a real mess."

The residents don't think that the operators here are doing enough to curb the rat population. Calls to 311 haven't done much, the residents say. And now a sign campaign has started. 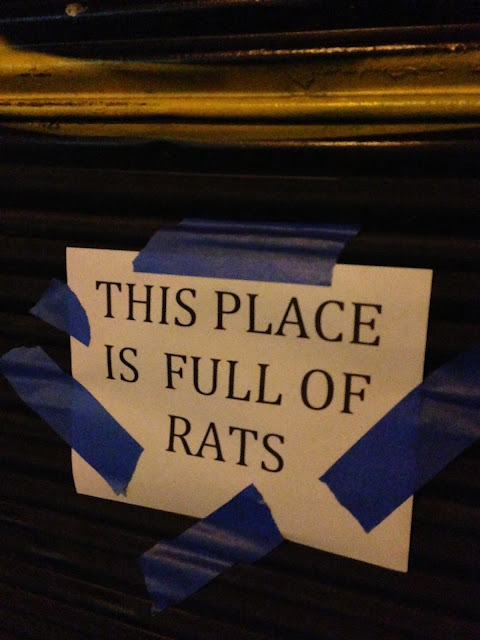 However, the Beverage folks have responded... providing their side of the story... 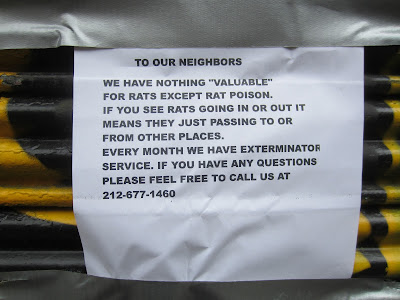 Then they should repair the gate so the rats can't get in!

Hey get some cats!

With the size of the rats on that street they need mountain lions.