Today in randomish Katie Holmes sightings on Avenue B 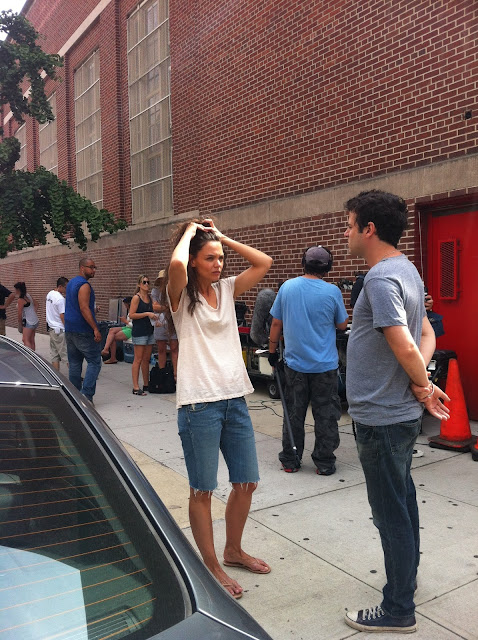 The production shot scenes on Avenue A and in Tompkins Square Park back in April.

Previously on EV Grieve:
East Village reeling over breakup of Tom Cruise and Katie Holmes
Posted by Grieve at 12:07 PM

No one dresses in shorts like that in the EV (or anywhere else I can think of in the city), right? Weird wardrobe choices!

Oh please. She's an attractive woman. I'm sure the two previous posters are just setting the world on fire with their fashion choices.

call me crazy but she may be filming a scene, hence the "wardrobe choice". And if anyone has seen The Gift, you know she looks pretty damn good.

Katie looks great. I am glad she broke free from Tom Cruise and that Dawson guy from the creek. She was better than both of them.

Spike Lee seriously makes the worst movies ever made. The only ones even halfway good were Do the Right Thing and 25th Hour. Inside Man was decent but every other one was beyond horrible.