Activity at Nino's, and brown-paper action 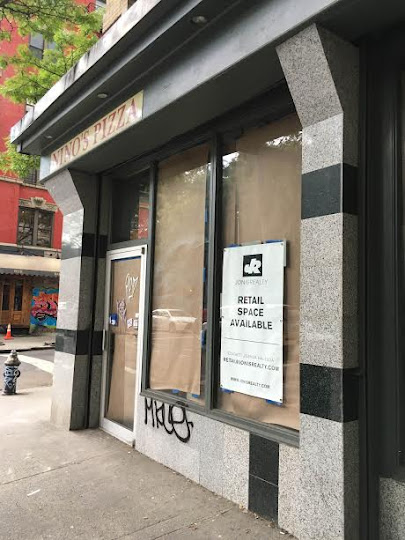 Late last week workers placed paper over the windows at the former Nino's, the pizzeria that closed in the fall of 2015 on Avenue A at St. Mark's Place. 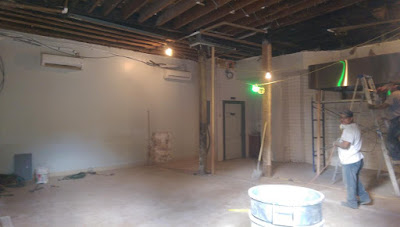 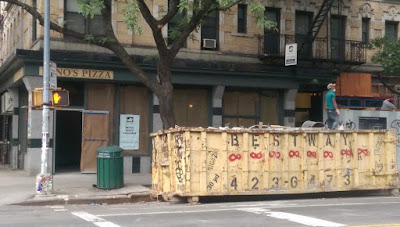 As previously reported, owner Nino Camaj accepted a low six-figure amount to walk away from his remaining 10-year lease and surrender the pizza shop that he opened in 1989. He had been in a dispute with the landlord over back rent and a closure due to a gas leak in the building.

No word on what might be coming here. There aren't any work permits on file that match up to a storefront renovation.

James Morrissey, who owns The Late Late on East Houston and now VNYL on Third Avenue, had been after the Nino's space to combine with the former Hop Devil Grill next door to create The Honey Fitz. Those plans were put on hold, though Morrissey told DNAinfo back in February the he "remains interested in the location, assuming all outstanding lease issues have been resolved."

There is also brown paper up in the windows in the same building at the long-vacant spaces on St. Mark's Place that housed Ton-Up Cafe and The Belgian Room... No word what might be coming here either. 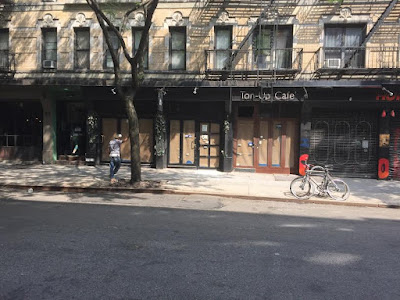 And while we're looking at brown paper in windows on St. Mark's Place... that's the case at the former Box Kite Coffee at No. 115... 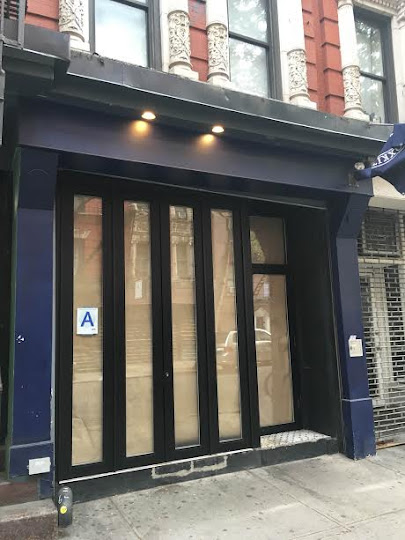 After a rather dismissive goodbye in early August, a help-wanted ad appeared inside the storefront for an experienced manager "to reopen"
Posted by Grieve at 10:57 AM

Maybe it's a LinkNYC "pop up" shop, where their hardcore customers can enjoy skin flicks in private.

There are still residential units above without gas as of last week. "See you in court."

In additional developments...The IHOP is being gut-renovated at the moment

With all the exorbitant rents these landlords are charging they should at least giftwrap those windows.

Brown paper goes up to stop from passerbys from seeing the usually ILLEGAL demolition, renovation and construction going on inside. If you see something say something. Call 311 and report esp. if there are no Dept of Building permits as this means that usually non legal labor is being used (exploitation of immigrants) and work is not being done in accordance with NYC code which places everyone at risk for future fire and/or gas/electrical problems.