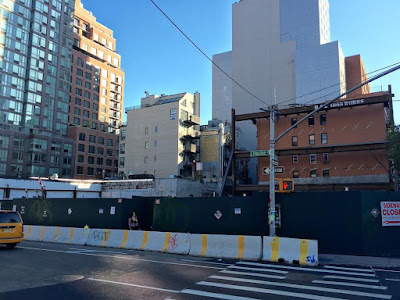 At the moment, the incoming 11-story condoplex on East Houston at Orchard is a foundation pit in progress... 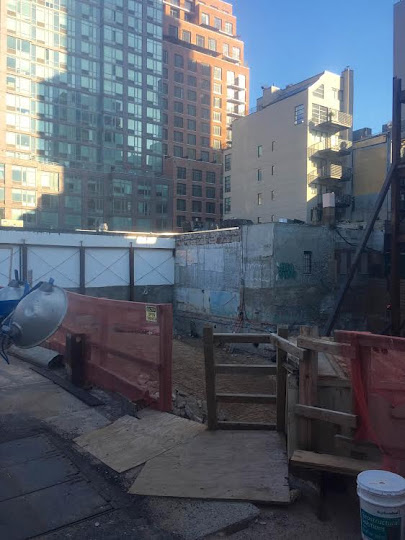 In any event, sales got underway last week, as Curbed first noted.

Available condos, browsable on 196 Orchard’s website, range from a 551-square-foot studio asking $1.075 million to a 2,069-square-foot three-bedroom, three-and-a-half bathroom apartment seeking $5.995 million. Prices were initially poised to start off at just shy of $1 million, but it appears that the base price has been upped. With that, the average price per square foot in the building becomes a robust $2,325.

The building’s distinct setback design, a creation of project architect Ismael Leyva, will allow for some apartments to have private terraces. New renderings for the development that came along with the listings show off expansive outdoor spaces that give way to well-appointed interiors designed by Incorporated and decked out in finishes like Nero Marquina marble for the backsplashes, concrete on the nine- to twelve-foot ceilings, and blackened nickel on the kitchen sink faucets and hoses. Heck, the kitchens even have Franke in-sink garbage disposals — the real dream.

And here are two renderings via Curbed... 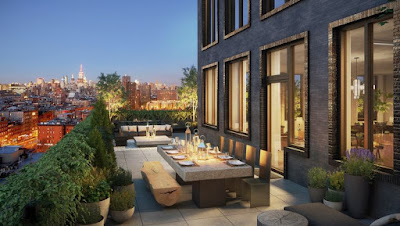 The condoplex features 94 units... as well as a three-level Equinox (gym) in the retail space. 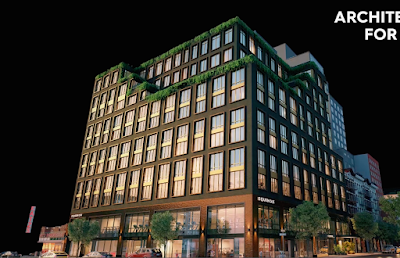 Send a salami to your boy next door in the condo
Posted by Grieve at 4:00 AM

These renderings are soulless.

The Katz family are sellouts who could've still made a killing if they sold the land and air rights to an artist group.

So in addition to everything else, now we find out B.S. is a Katz-dwarfer as well. That figures.

Hmmm the smell of Pastrami while I sleep...

Anon 12:56. Like others I haven't been in Katz's in years. Overpriced, and the fake charm designed for tourists (and yes Russ and Daughters is in the same category--even if their foods are of a really first class quality which isn't the case of Katz's). But what makes you think any arts group has the money itself or the access to the money that they could have made the purchase and built a cite. Look at the reaction to the Swiss Institute on this site--ah it is only going to draw in more tourists. I know how good it feels to denounce and issue calls for boycotts. A fruitless exercise that makes a few people feel good.