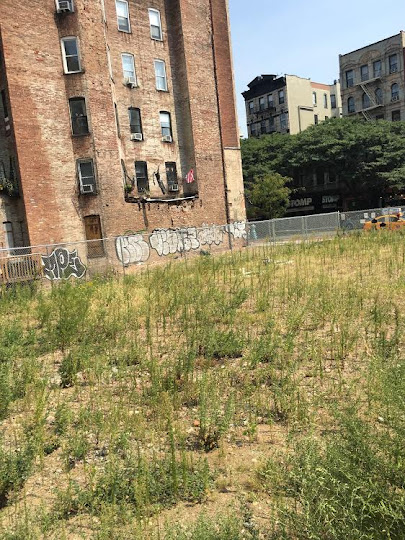 Today, Nixon Figueroa, whose son Nicholas died in the gas explosion at 119-123 Second Ave. in March 2015, visited the site and cleared out the weeds that had been growing. (Mr. Figueroa was assisted by one of his other sons.) 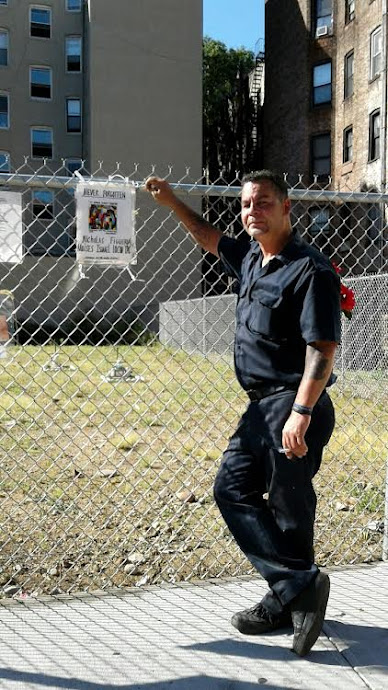 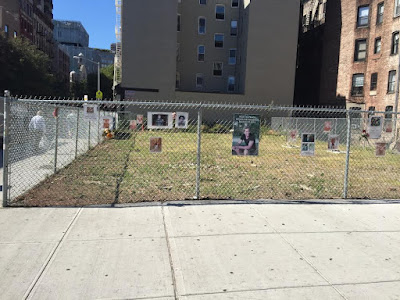 The memorials for Nicholas and the second victim of the blast, Moises Ismael Locón Yac, had been obscured by the weeds in recent months. 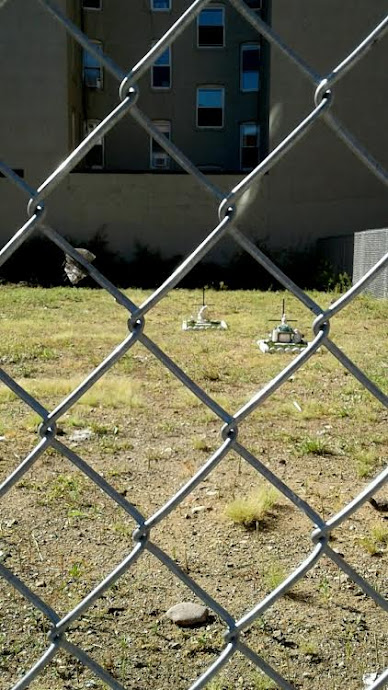 A family continues to feel the loss on 2nd Avenue
Posted by Grieve at 5:20 PM

Still so sad and not forgotten. My heart goes out to both families.

Anyone know if they stopped the building owner from selling the property? It's much easier for the owner to hide or transfer cash than to hide property in a wrongful death suit.

On 9/11 the overflow from downtown were at the site of the explosion to take pictures. I guess they were on a victim spree. Please don't let the site turn into a graveyard. The site should be developed as something positive for the neighborhood.

If I recall, the owner that was selling their property was the owner of the plot next door, who was also a victim of the explosion as his building went down through no fault of his own. He's just trying to recoup some losses, and financially, he may be the biggest loser here by dollar amount if his insurance money runs out.

But yes, the owner of the two buildings on the corner should not be allowed to profit from her negligence - the money from the sale of the building should go to the families of the two deceased, as well as compensation for the tenants who lost their belongings and homes.

First, for all of those who think that there are two actual graves there....wrong. These are just small family and friends maintained memorials. They are respectfully done and maintained.
But the signs and notices are an eyesore to most of the residents of the EV. There should be an area that they are limited to posting, not plastering up the entire fence. It just ends up looking like graffiti.

The owner and son of the two buildings on the corner are in jail and there is a hold on their properties until the trial lawsuits are settled. As for the third property the land I believe was sold for $8 mil and will probably be developed in the near future.

The Hrynenko are in jail awaiting trial, really? They aren't out on bail?

The comments about the flyers about what happened here being an eyesore and the other comment about turning the lots into are graveyard are really rude. Take a moment and reflect on how you would feel about this if your child was killed here. Also I don't believe anyone is in jail at this point, unless you know something we dont.

Will someone rip that fucking laminated NYU sign down from the fence near all those beautiful photos of Nicholas and Moises. Also - I agree with Carol and it's truly painful walking by this everyday. God bless the families. What a terrible loss and quite frankly it's remarkable that B&H has soldiered on. Makes my heart sing.

These cretins are all out on bail while the victim's families continue to suffer. The judge set a $1 million bail each for Maria Hyrnrnko and her son Michael, and they had no problem coming up with the money. via The NY Times:

"The defendants were arraigned in State Supreme Court in Manhattan on Thursday afternoon. The four charged with second-degree manslaughter are: Dilber Kukic, 40, the contractor; Athanasios Ioannidis, 59, an unlicensed plumber; Maria Hrynenko, 56, the owner of the building; and her son, Michael Hrynenko Jr., 30. The fifth defendant, Andrew Trombettas, 57, faces lesser charges for supplying his master license to Mr. Ioannidis. They all pleaded not guilty.

The fire started at 121 2nd Ave., set off by by a possible gas explosion in a restaurant where plumbing and gas work was being done.

“They all let loose a hellfire storm of awful proportions,” a prosecutor, Deborah Hickey, said as she argued for high bail. Justice Kirke Bartley Jr. set bail at $1 million for all the defendants except Mr. Trombettas, who must post $100,000.