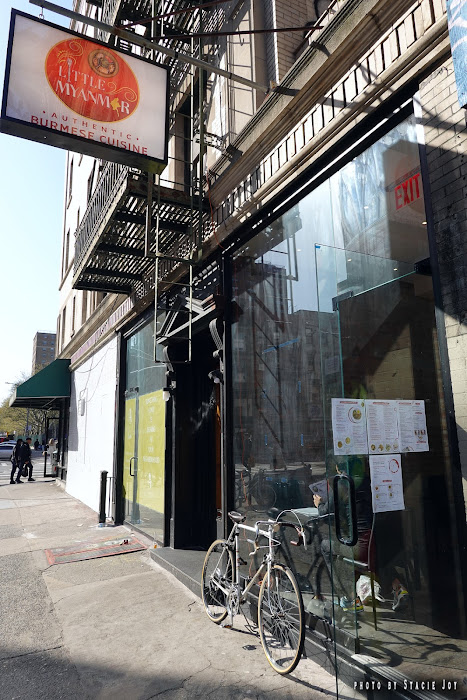 Photos by Stacie Joy
Little Myanmar, serving Burmese cuisine, is now open at 150 Second St. at Avenue A.
Eater had the scoop about Little Myanmar's arrival: 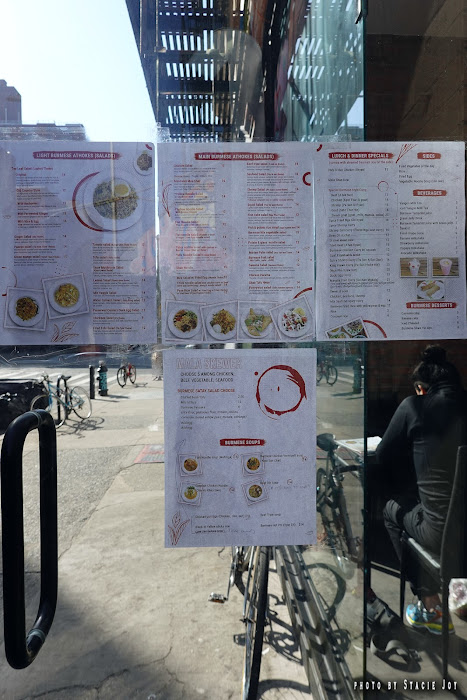 Eater has more on the family here, including the fact that their convenience store burned down in March 2021 in a fire that destroyed six businesses in Jackson Heights.
Little Myanmar, which includes five tables for in-person dining, is open daily from 3-9 p.m. for now. You can follow them on Instagram via this link or call them at (917) 475-1183.
Posted by Grieve at 5:00 AM

Super excited about this! Have been missing Burmese food in the area since Village Mingala closed about a zillion years ago.

Yes! I miss Mingala too. Excited to see this arrive and look forwarding to giving it a try.

This is very exciting, can't wait to try it.

I met a nice guy named Solomon who just started working there. Looking forward to heading there!

I check out there menu on yelp look good affordable price

Agree, this is super exciting.