Luzzo's bringing the Neapolitan pizza to this corner of Avenue B 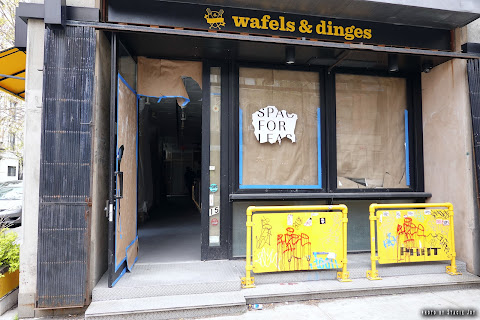 A well-known name in pizza is taking over the space on the SE corner of Avenue B and Second Street.
EVG contributor Stacie Joy ran into Michele Iuliano, the restauranteur and pizzaiolo behind the Luzzo's brand, who told us that he's opening a pizzeria in this spot at 15 Avenue B... 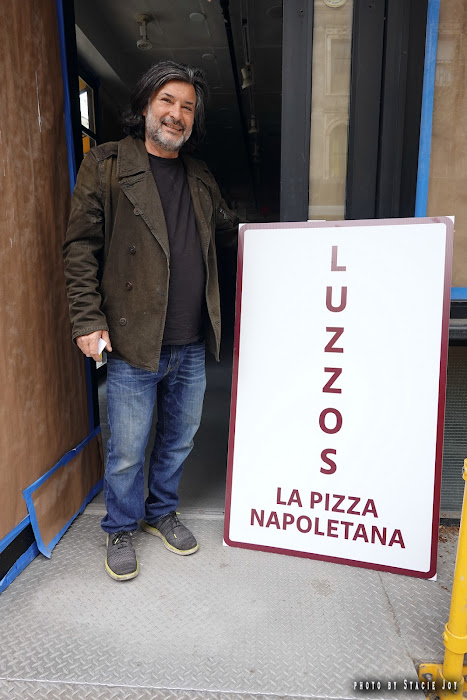 The Luzzo's Group includes the flagship restaurant at 211 First Ave. between 12th Street and 13th Street and Gnoccheria at 234 E. Fourth St.
We'll have more about what to expect here closer to the spring grand opening.
This development comes after signs for "Pizza Girls" — based apparently on an Italian reality TV series — arrived on the storefront here in January. Those plans never materialized.
The address was previously home to the Wafels & Dinges cafe (and corporate office) for nearly eight years. W&D, which still operates from kiosks and food trucks around the city, moved out in March 2021.
Posted by Grieve at 5:05 AM

Email ThisBlogThis!Share to TwitterShare to FacebookShare to Pinterest
Labels: Luzzo's

It will be nice to have something here and I love Gnoccheria but man are there a lot of pizza places within 2 blocks of this location!

This will be great!

Wafels and Dinges sold wine and beer.. these guys should be able to as well

Luzzo's Pizza is one of the best in NYC. True Neopolitan style.

No it doesn't. It looks like a pizza counter inside.

Wait. You mean theres going to be a GOOD smell on lower Ave B?
That'll be weird.

Luzzo’s makes one of the best pizzas in the city, but you have to eat it there. It is a local gem and I will welcome another one of their locations. Congratulations to Michele and the Luzzo Group!!

Please, please give us a vegan pie!

Finally! Hope this it's up and running soon on this corner. :)