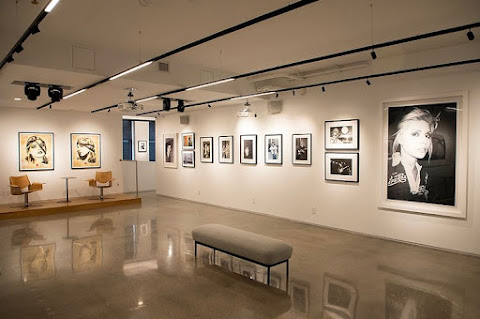 Howl! Arts/Howl! Archive on the Bowery has a new exhibit titled "Low Fidelity," a selection of Bobby Grossman's photographs of 1970s-1980s downtown icons.
Some background via the Howl! website:

Grossman arrived in New York in 1976 after receiving a BFA from the Rhode Island School of Design (RISD), where he studied alongside friends Chris Frantz and David Byrne of Talking Heads.

His first job was assisting Richard Bernstein, the artist responsible for the covers of Andy Warhol’s Interview magazine. At Bernstein’s studio in the legendary Chelsea Hotel, Grossman found himself at ground zero in the early days of punk and the downtown scene.

Taking photographs of friends and newfound acquaintances — including Jean-Michel Basquiat, Debbie Harry, the Ramones, David Bowie, Iggy Pop, and the milieu around Andy Warhol's Factory — Grossman became a regular fixture at CBGB, the Mudd Club and other downtown haunts.

And a little trivia: His first photo credit was the cover shot for Talking Heads' 1977 single "Psycho Killer."
You can check out "Low Fidelity" through May 29 at Howl! Arts/Howl! Archive, 250 Bowery at Stanton. Hours: Wednesday-Sunday, 11 a.m. to 6 p.m. Free admission. 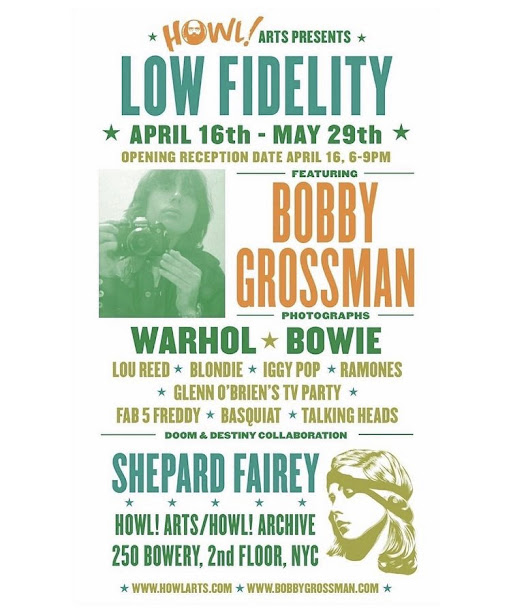 You can also read about the "Low Fidelity" book project here.
Previously on EV Grieve:
• A visit to Howl! Arts/Howl! Archive on the Bowery
Posted by Grieve at 12:00 PM

The pictures look great, though as always I have to work to sift out my aggressive lack of interest in Andy Warhol from my interest in everyone else.

Why the lack of interest on Warhol ?