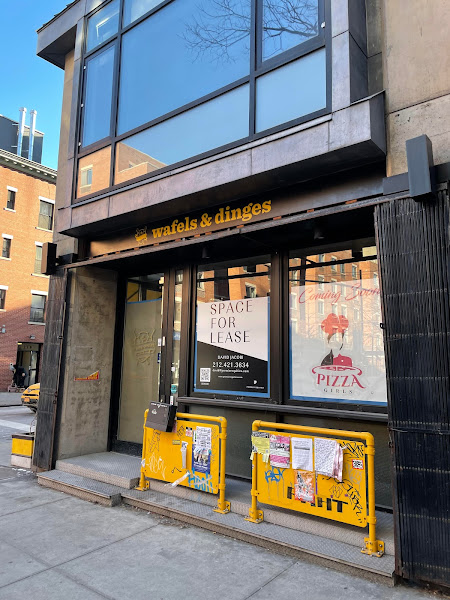 Coming soon signage arrived late last week on the SE corner of Avenue B and Second Street for Pizza Girls (thanks to Salim for the pics!) 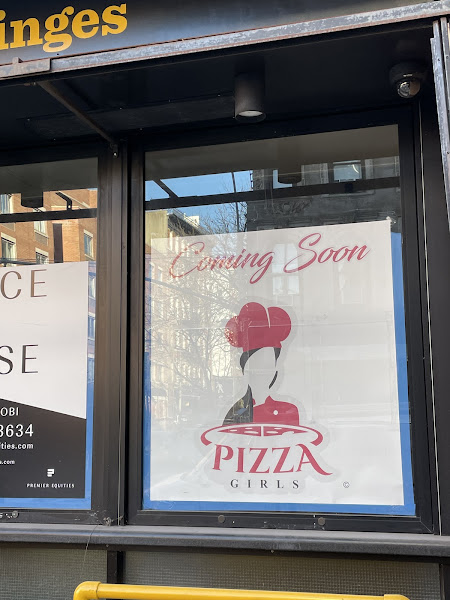 We don't know anything just yet about the incoming business (other than the name!). Checking for more info. Update! "Pizza Girls" is a reality TV series about women in the pizza business in Italy. A new season will apparently be filmed here. Follow them on Instagram for more. Filming is expected to start this spring. (Thanks to Matt for the tip.)
Here's more via an interview with series director Carlo Fumo (this Q&A is from a year ago, and some of the info may be outdated now):

You told me the tv format is also destined for a foreign market: you mentioned the United States, where you regularly go for the movie festival you organize. What kind of interest are you expecting abroad?
We’ll probably see a Pizza Girls USA already in 2021. And we will shoot it on location, in a pizzeria in the heart of Manhattan that will be named after the show. It is a topic of interest for other countries: pizza is a universal brand, earning large profits around the world. It's a wonderful thing, the same way, I always say, women are the wonder of our world: these two things together guarantee a powerful project. That's why we wanted to talk with the foreign market from the beginning. The format will be the same, of course, it will adapt to the country, based on the audience's taste in terms of TV and pizza.

This corner space was home to the Wafels & Dinges cafe (and corporate office) for nearly eight years. W&D, which still operates from kiosks and food trucks around the city, moved out last March.
Posted by Grieve at 5:00 AM

Great news. It's embarrassing how much the owners of this building let it start to degrade after Wafels and Dinges closed. It's an expensive condo building and they just let it get covered in tags, don't deal with trash, and let the snow pile up.

A reality TV series about women in the pizza business in Italy will be filmed in Manhattan?

So...is this a real pizza place or just a film set?

BFD.What does this have to do with LES?