Downtown Yarns hopes to reopen in a week 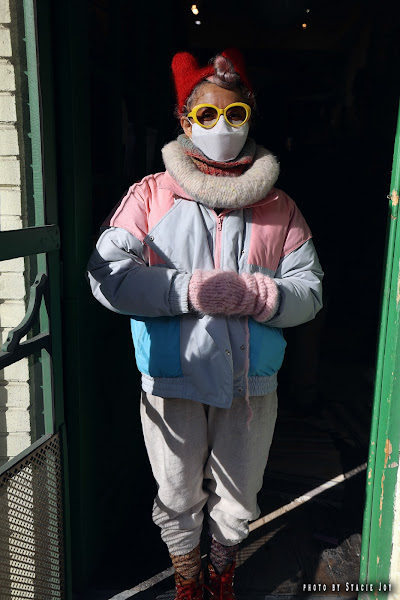 Photos by Stacie Joy
Late Monday afternoon, Leti Ruiz stood on the east side of Avenue A below Third Street, anxiously watching the FDNY battle the two-alarm blaze that started inside Essex Card Shop across the street.
Downtown Yarns, housed in a sliver of a storefront, is next door to the south of the Card Shop, where thick smoke was billowing skyward.
She thought that the fire would destroy the homey shop she's owned for three-plus years.
Miraculously, Downtown Yarns — like Exit9, the Card Shop's neighbor to the north — escaped any significant damage. As previously noted, the stout cement ceiling and brick walls in the storefronts of the 13-floor Ageloff Towers served as a firebreak and prevented further damage to the building and adjacent businesses. 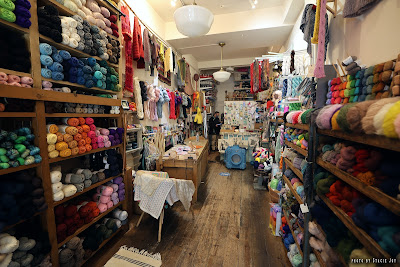 EVG contributor Stacie Joy stopped by yesterday as a rep from Servpro, which provides fire and water cleanup, finished his space assessment. Thankfully, there wasn't any harm caused by water. 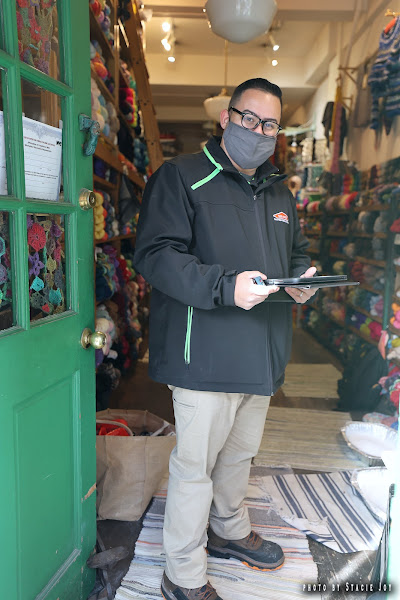 He said that it would take about a week to thoroughly remove the smoke odor so Ruiz could reopen. Right now, Ruiz is using Febreeze, which she doesn't like, baking soda, and the industrial air scrubbers that the building has supplied. 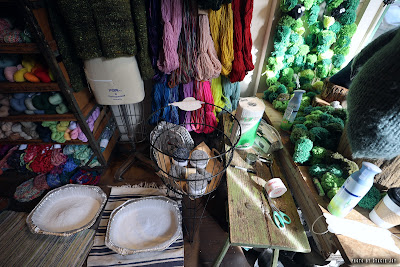 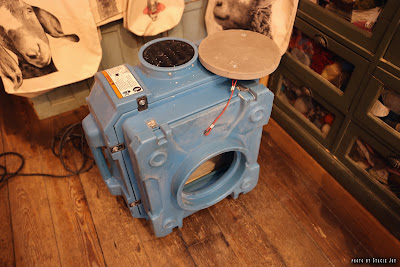 Ruiz is grateful for the outpouring of support, including homemade signs of encouragement that students at the Neighborhood School around the corner placed on her storefront.
In a further show of support, she noted that "so many people stopped by offering to buy the stinky yarn, but I don't want to sell smelly yarn to them." 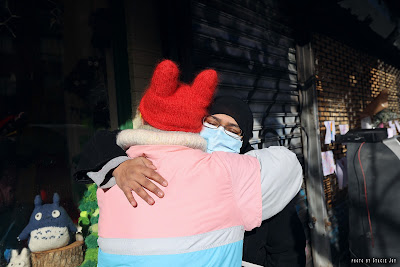 You can follow Downtown Yarns on Instagram here for reopening information.
For further reading on EVG:
• Exit9 reopens on Avenue A after fire next door
• Assessing the fire damage at Essex Card Shop
Posted by Grieve at 5:59 AM

What a sweet shop. I'll buy some stinky yarn!

So glad they made it. People tend not to like yarn that smells of smoke, so I hope their inventory is mostly salvageable!

me, too! i'll buy stinky yarn too!! glad to see neighboring stores were minimally (relatively speaking) impacted by the fire, and that everyone's safe. hope to stop in soon!

Looks like there's a consensus about the stinky yarn! I certainly will buy yarn—stinky or not—when Leti reopens.

I don't knit or crochet, but their WINDOWS are a constant source of joy. So creative! Yarn Totoro and yarn soot sprites! LOVE.

I knew Leti from a local food co-op; amazing and wonderful person. Wishing her all the success.