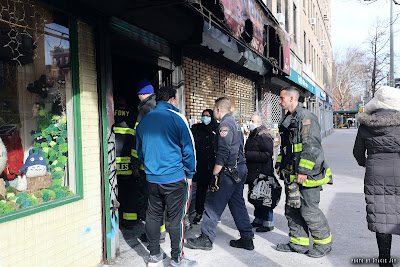 Photos by Stacie Joy
A fire destroyed the Essex Card Shop at 47 Avenue A late Monday afternoon. Thankfully there weren't any injuries.
And we're starting to get an idea how badly the fire damaged the storefront here between Third Street and Fourth Street.
FDNY officials returned to inspect the space yesterday. EVG contributor Stacie Joy was also there... 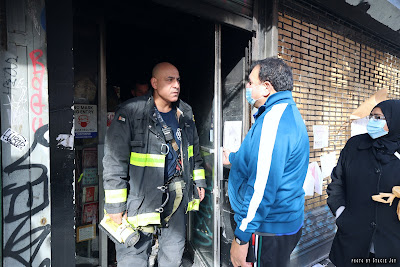 Owner Muhammad Aslam and his oldest daughter Mehnaz Noreen, the shop's retail sales manager, were on hand.
The two are awaiting the fire marshal's report to submit to the insurance company to begin the process of reopening. (Longtime manager Jayant "Jay" Patel previously said that he smelled smoke coming from the bathroom in the rear of the store and immediately called the FDNY.)
The father and daughter wished to express their gratitude for the outpouring of support from the community. (The GoFundMe launched Monday night has exceeded $50,000 to help the family pay for additional expenses and lost income.)
They were particularly heartened by the handmade signs that students from room 205 at the Neighborhood School left for them on the storefront's rolldown gate... 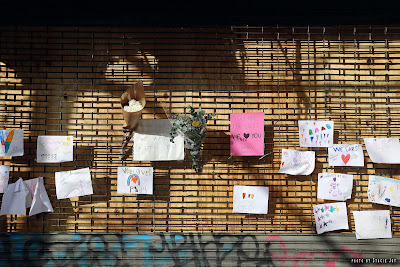 Aslam then inspected the remains of the shop, which opened here in June 2020 after more than 20 years at 39 Avenue A. 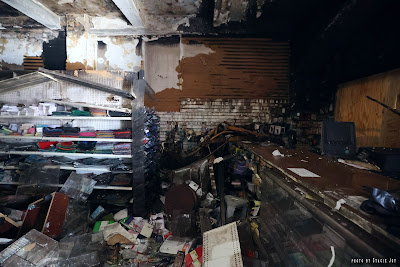 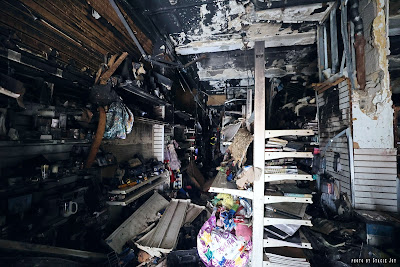 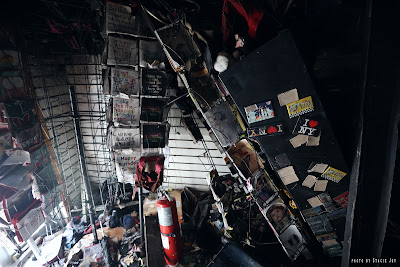 A few items, such as a ledger, somehow survived the fire... 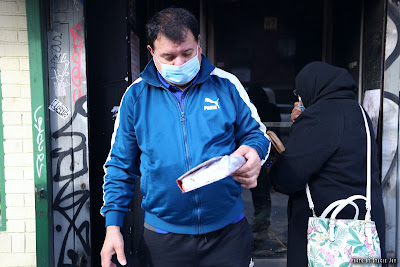 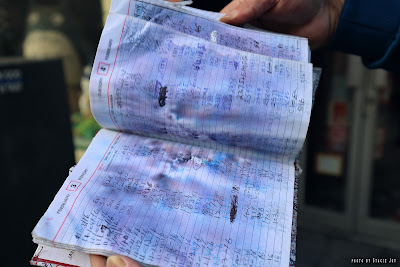 And in case you were wondering about the ATM here... a technician arrived to remove the cash... 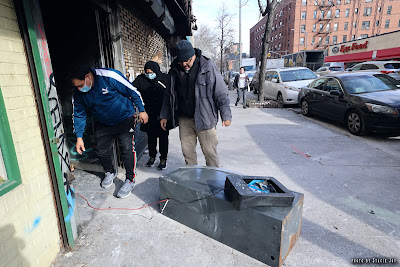 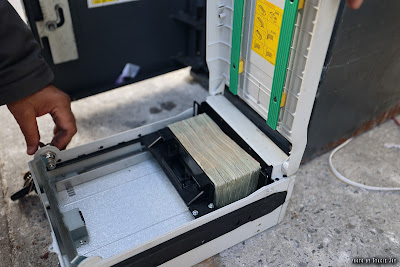 While Stacie was there, multiple residents stopped by to wish Aslam and his family well ... including the owners of the adjacent businesses, Leti Ruiz of Downtown Yarns and Charles Branstool of Exit9... 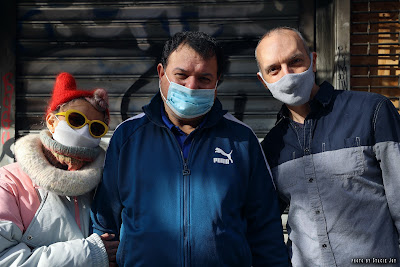 We'll keep you posted as Essex Card Shop starts the challenging reopening process. You'll likely see Aslam around. He told Stacie that he "doesn't wish to stay at home." 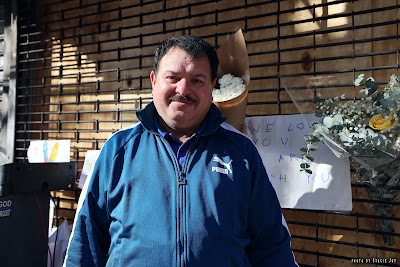 For further reading on EVG:
• Exit9 reopens on Avenue A after fire next door
• Downtown Yarns hopes to reopen in a week
Posted by Grieve at 5:58 AM

One of the best traditional shops on the LES. Here's hoping he had enough insurance to cover his loss and reopen.