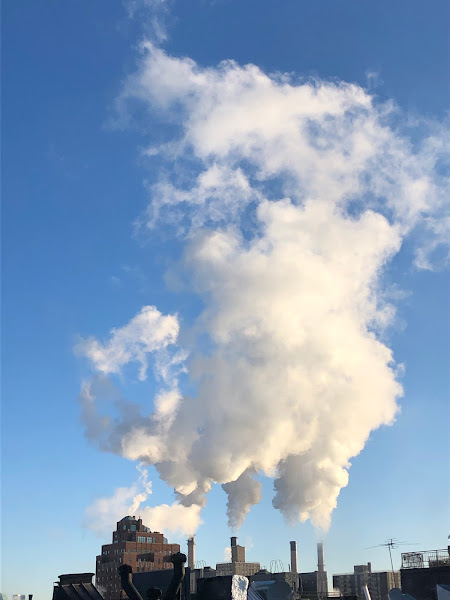 I suppose the owner of the Brooklyn Dumpling Shop has never heard of Typhoid Mary. He’s in the food service business, which requires one to be educated and informed about health and safety issues, including communicable. diseases. I guess his anti-mandate PR stunt on Fox News has worked, his place was crowded tonight. via Wikipedia:

"Mary Mallon (September 23, 1869 – November 11, 1938), commonly known as Typhoid Mary, was an Irish-born American cook believed to have infected 53 people with typhoid fever, three of whom died, and the first person in the United States identified as an asymptomatic carrier of the disease pathogen, Salmonella typhi. Because she persisted in working as a cook, by which she exposed others to the disease, she was twice forcibly quarantined by authorities, eventually for the final two decades of her life. Mallon died after a total of nearly 30 years in isolation."

I was planning on trying them. Not any more, I have no interest in getting sick and infecting my family. Long covid is miserable and the immune compromised members of my family still face possible death. I have to wonder what other things he doesn't do while making food. Does he wash his hands? What a stupid hill for these people to die on.

I totally agree 102415 I regularly walk by and wanted to try, now I never will. How foolish to have a place in East Village and go on FOX news. So weak to post something and say it was taken down by accident

I will never put a foot in Brooklyn Dumpling Shop.
What awful neighbors.

You don't miss anything by avoiding v going there. His shtick may sound nice on paper, but the realities of the food taste, how it is really being served, and the prices, are very different when you see what's going on there.
From his first interviews about the place, and throughout the ridiculous time it actually took him to open up, with few false alerts in between, I suspected that the whole thing is just a franchise inducing PR stunt than a real food business by itself. And throughout that endless process food blogs gave him the publicity he needed, quoting him again and again, without any critical thought being applied.

Wow, I gave Brooklyn Dumplings a mostly positive review when they first opened, mostly due to their employees being so nice. Now I feel terrible for them. Never setting foot in there again.

Agree here, I had a terrible experience where I waited an hour for dumplings and they weren’t good at ALL! Complete waste of space.

Firstly, if you guys are vaccinated, boosted... why should you worry if you're next to the unvaccinated?

Secondly, you're argument is that the vaccinated are the only ones catching, carrying, and transmitting Covid.

Thirdly, did you read the article at all? All of their staff is vaccinated.They're anti-mandates, not anti-vaxxer. But this whole pandemic thing has become polarized that folks just won't listen to other's arguments that's disagreeing with their own views and beliefs.

that last anonymous asking why vaccinated people dont want to be around unvaccinated people is the reason why America is failing when it comes to covid. like, you're high school diploma must be just as fake as your "vaccination" record. jesus H. Christ.

Same here. Crossing it off my to-try list and sticking with Mimi Cheng’s. This is a particularly idiotic reason to alienate potential customers.