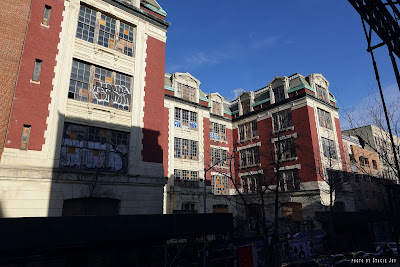 Photos last week by Stacie Joy
After 23 years of sitting in disrepair, there may finally be a new chapter for the long-vacant former P.S. 64 at 605 E. Ninth St. between Avenue B and Avenue C.
Last week, as The Real Deal first reported, Supreme Court Justice Melissa Crane ruled that Madison Realty Capital can move forward with a foreclosure against building landlord Gregg Singer after years of delay.
Madison Realty Capital reportedly provided Singer with a $44 million loan on the property in 2016. Court records show that he failed to repay the balance by its maturity date in April 2016, and by that September, the lender filed to foreclose, as reported by TRD.
Per a Madison statement

"Madison aims to work productively with borrowers. However, in this case, the borrower has refused to make good on his commitments for more than three years, leaving us with no choice but to enforce our rights and remedies."

In an email to TRD, Singer said that he still planned to move forward with developing the site "and will inform the court at the appropriate time."

He continued: "In the end, we believe even [Madison Realty Capital] will be happy. This will be a great asset for the community, which is highly desirable and in great need."

In her ruling, the judge stated "that Singer had failed to raise any material issues to dispute Madison Realty Capital's arguments, citing a 25-page response that lacked a table of contents and amounted to a 'rambling litany of defenses.'"

The building became the Charas/El Bohio Community Center after the school left in 1977. The group was eventually evicted in December 2001 when Singer took over as the landlord.
Singer, who bought the property from the city during an auction in 1998 for $3.15 million, has wanted to turn the building into a dorm. (The DOB maintains a Stop Work Order on the property.)
In years past, there has been a call to return the building for community use. Given this movement some hope: then-Mayor de Blasio's statement at a Town Hall on Oct. 12, 2017, that the city would take steps to reacquire the building. According to published reports, the Mayor said he'd work to "right the wrongs of the past."
Those plans have never materialized. It has sat empty these past 20-plus years.
When news circulated late last week that the forclosure could move forward, several sources EVG spoke with said that the news was not unexpected. However, at this point, sources said, what happens next, or what this means for the future of the building, is anyone's guess. 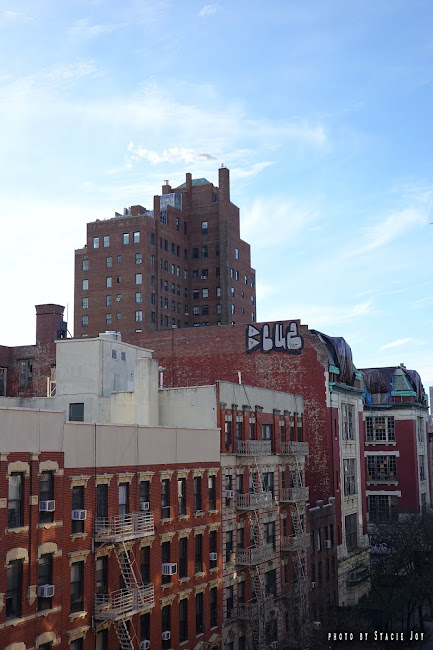 Not really great news. What this means, if the ruling is against Singer, is that a sharper developer, connected with a non-profit will come in (L&M, who developed the debacle known as Essex Crossing) will step in and provide 70/30. (70 luxury, 30 so-called affordable; maybe 40, but the AMI would be definitely out of sync with the median income of the nabe, though that has been changing over the years.)

Thank you, EVG, for your continuing coverage of this tragic and infuriating debacle.

Glad to see this saga hopefully reaching a conclusion. Any development here is better than this space remains vacant and increasing disrepair

How does L&M get around the community use provision for the property?

What are the implications of a presumably more developer-friendly Adams administration for how this unfolds?

Could the community rally to persuade the city to reacquire the building for use as a school again?

I feel that Adams will readily roll over for anything a developer wants to do with this property; he hasn't even been in office a month, but he's already demonstrated that he's going to be a complete disaster as mayor. It's hard to out-bad the utterly useless de Blasio, but I fear Adams may succeed at that.

How does L&M get around the community use provision for the property?

I'm curious as well; after all, that was the biggest thorn in Gregg Singer's side, and one he was never able to override.

What are the implications of a presumably more developer-friendly Adams administration for how this unfolds?

I hate to even think of Adams overriding the "community use" clause, or overturning the building's landmark status. Heads will roll, as they say—and they won't be ours for a change.

Could the community rally to persuade the city to reacquire the building for use as a school again?

We had better gear up for a fight; methinks mayor Adams doesn't know who he's dealing with.

The Singer episode, for more than 20 years (!) is an example of NYC real estate BS at its worst. But coming after the ghoulish Rudiani regime's seizure and take over of the property from Charas/El Bohio it was consistent with a toxic fate for the building. Now it will almost be back at square one with the place being a prize for various factions to fight over. Don't expect to see anything there that would benefit actual neighborhood interests for at least another 10 years, and only by a long shot, if ever.