A young hawk hangs out on 5th Street 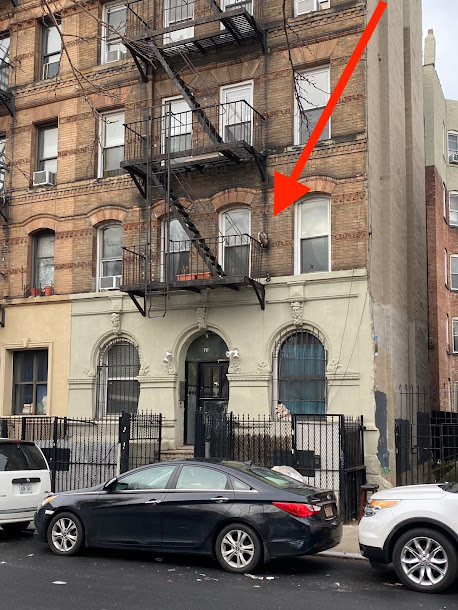 Photos by Steven
On Wednesday morning, a juvenile red-tailed hawk — likely migrating through the area — came to rest on a fire escape on this Fifth Street building. 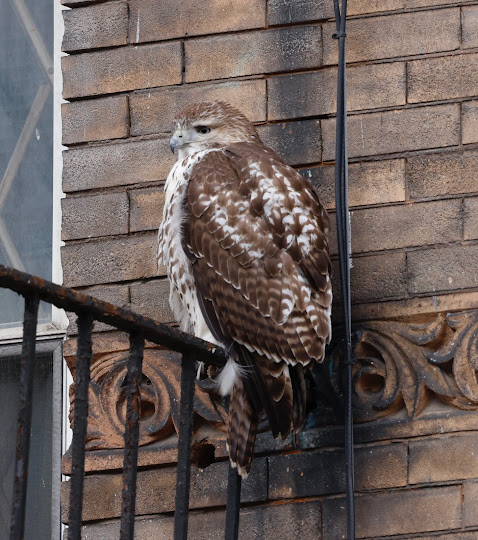 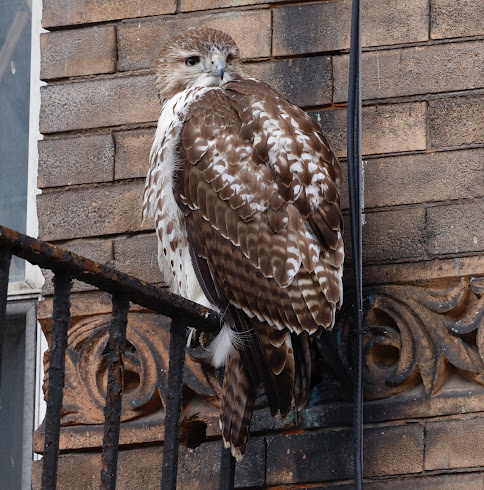 There was a lot of curiosity, then concern, as the young hawk hunkered down here between Avenue C and Avenue D for nearly 20 hours.
Eventually, some members of the local bird-watching community called Ranger Rob (aka Rob Mastrianni, a Manhattan Ranger supervisor), to come take a look.
It all ended yesterday without any further drama, however. Before Rob had the chance to leave for Fifth Street, the hawk, who did not appear to be injured, flew off to unknown parts.
Posted by Grieve at 3:00 PM

I live on 9th, some of my windows face the backside of the buildings on 10th Street across from St. Mark's Church. This passed week a full grown hawk was chilling out on the fire escape of the 10th Street buildings. It was easily 2 feet tall. I'll shoot some pics the next time he/she visits.