Kim's Video lives on with 'Staff Picks' at Metrograph 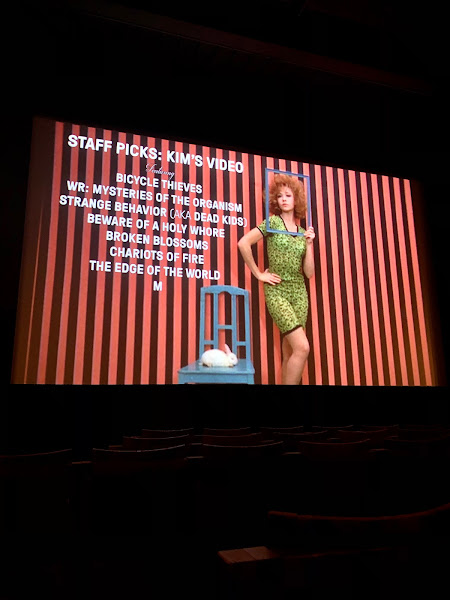 Metrograph is honoring one of the greatest places you loved to hate in a new series titled "Staff Picks: Kim's Video," which gets underway today (Friday!).
Cutting and pasting the entire description right here:

The Kim’s Video empire started out in an enterprising immigrant hustler’s East Village laundromat on Avenue A, a joint that ran a dodgy sideline renting VHS tapes out of cardboard boxes and laundry baskets. It became a legendary New York City institution — a discount film school, with outlets as far as exotic Jersey City and a multi-story flagship located in a former bathhouse on St. Mark’s Place, famous for cranky behind-the-counter attitudes, dismal wages, and a mind-boggling selection.
After the closing of its final location in 2014, Kim’s faded into the mists of legend: an exceptional place, but also representative of a broader international video store culture that’s long hovered on the brink of extinction.
Kim’s is gone but far from forgotten, and so Metrograph salutes the esoteric eclecticism of Kim’s Video with a series made up of film selections and introductions by a number of former store clerks who’ve gone on to better things still branded for life by their time, as well as the mysterious Mr. Kim himself.
Staff Picks will continue throughout 2022, each month featuring selections that celebrate the small and specialty video stores, independent theatres, and community hubs where passionate film lovers gather. Titles include selections by Isabel Gillies, Lorry Kikta, Ralph McKay, Alex Ross Perry, Sean Price Williams, Mr. Kim, and more.

Find out more about the series and ticket info here. Metrograph is at 7 Ludlow St. just above Canal.
And some flashbacking for you, courtesy of dyske.com ... here's a look at Kim's Video when it was at 85 Avenue A (now Somtum Der) between Fifth Street and Sixth Street (click on the image for a bigger view!) 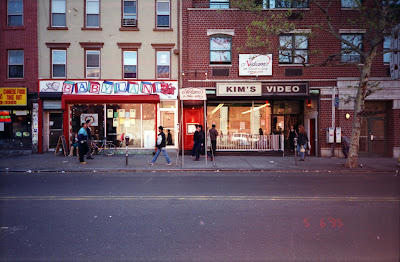 I was just reminiscing about Kim's on A! For a freelance piece on the worst college films ever, I asked if they had 'Revenge of the Nerds II: Nerds in Paradise.' To my great surprise, they did! In disgust, the clerk bounced the tape off the counter and it hit me in the chest. 😍

The Ave A Kim's was a big draw when I moved to 6th St. in '98. I don't recall Babyland next door, but maybe that's for the better.

I recall a Johnny Depp-Kate Moss sighting there making the gossip pages at the time!

"Dodgy???" Obviously written by someone who absolutely did not live here at the time. I remember when Kim started renting videos and it was odd hip and refreshing, my old neighbor made the movie "basketcase" and Kim featured it in the window. Back then the neighborhood was absolutely a neighborhood, it's growth was organic and was absolutely ours.

Babyland made great alcoholic milkshakes. I had a camera-crazy period back then, and I have a photo of a barmaid with a tatoo on the back of her hip working behind the bar.

The good old days, when things weren't so dangerous anymore but a lot of people still were staying away from the EV, including developers. It was great while it lasted.

It was indeed great while it lasted. Kids today have no idea what they are missing out on. No idea!

My favorite Kim's ad from the 90s: You can go to the nice, friendly neighborhood video store or come to us

Anyone else remember Matt Marello of Philadelphia's 80's agro-industrial band Executive Slacks who used to draw the many posters and flyers that graced the walls of Kim's Avenue A? Sadly, I can't find any of those gems online but he also did posters for Philly's famed East Side Club. You can see those at his Blogger site: https://mattmarelloposters.blogspot.com/