Scenes from the fire today at 47 Avenue A 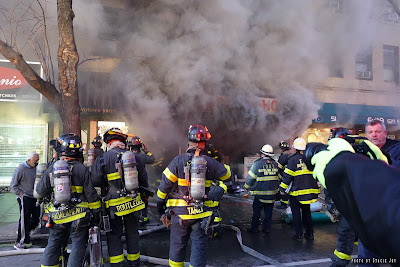 More than 100 members of the FDNY responded late this afternoon to a two-alarm fire at the Essex Card Shop at 47 Avenue A between Third Street and Fourth Street.
The FDNY had the fire under control in less than an hour. Two firefighters sustained non-life-threatening injuries. Thankfully, there weren't any other injuries reported.
The popular Card Shop, which relocated here in June 2020 from a block to the south, was destroyed. Next-door neighbor Exit9 received some smoke and water damage but remains structurally intact. (Read our previous post for more details.)
The cause of the fire remains under investigation.
EVG contirbutor Stacie Joy was quickly on the scene after the fire was reported around 4:45 and shared these photos... 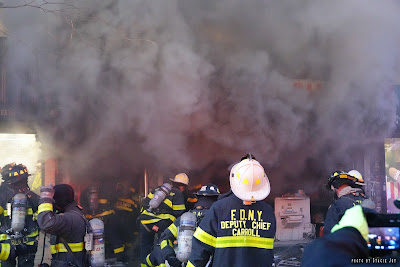 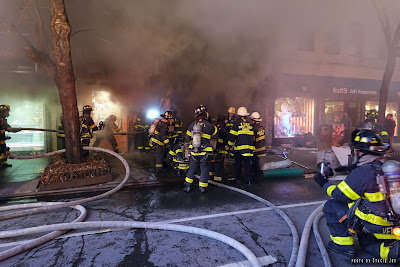 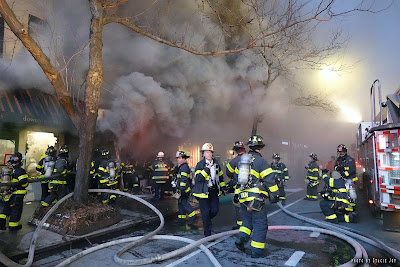 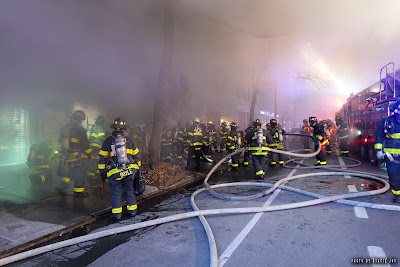 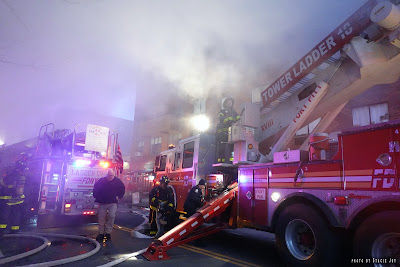 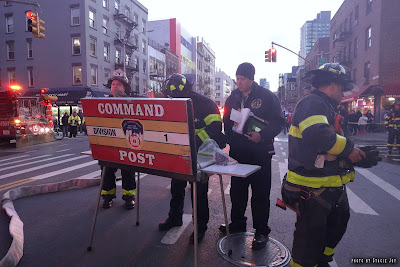 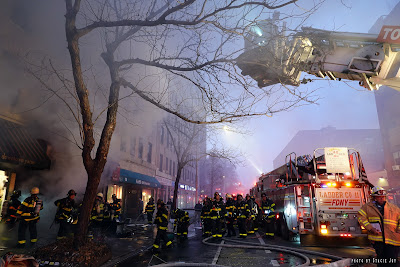 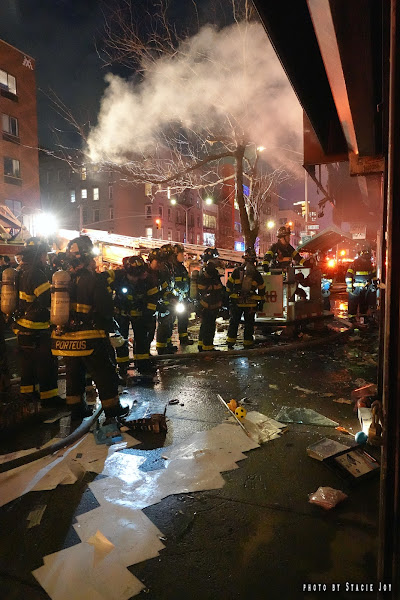 As you can see, the Card Shop is in ruins... 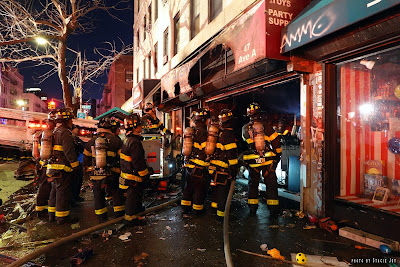 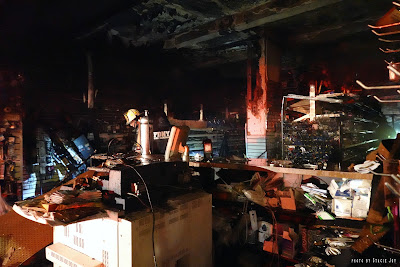 Saba Aslam, the daughter of owner Muhammad Aslam at Essex Card Shop, has launched a GoFundMe campaign to help rebuild the business. Find the link here.
Posted by Grieve at 8:19 PM

Thank you for posting the GoFundMe link. <3

Grieve, you and your coterie of excellent photographers provide an unrivaled service to the neighborhood. I read often but rarely send my appreciation. Thank you all!

Hope the family can reopen.

I’ve given to plenty of gofundme campaigns over the years. Never until this one have I received a message of thanks from the organizers after donating. Clearly they are amazing, kindhearted folks and it is comforting to watch the community rally behind them after such a devastating event. Will be watching this space for eventual good news on their rebuilding and will be a customer for life.

Thank you for this excellent report.