Report: Workers at the Starbucks on Astor Place vote to unionize 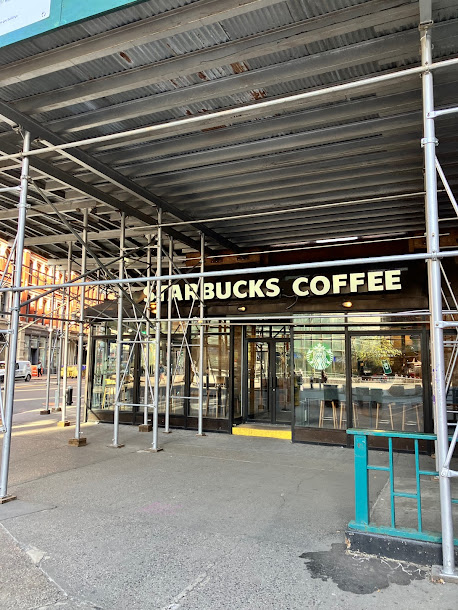 The Starbucks on Astor Place became the second NYC outpost to unionize, according to press reports and several media advisories.
The workers voted Friday in favor of a union by an 11-2 count. The Reserve Roastery in Chelsea voted to unionize in early April.

So not only a blowout win in NYC, but another downstate store filed today as well!! Welcome Farmingville!

Working at an understaffed SB next to a CityMD during a pandemic...uhhh, workers deserve better. #UnionStrong pic.twitter.com/zSc4XnEFSg

According to Nation's Restaurant News:

In just four and a half months, Starbucks went from having zero union presence to employees voting to unionize at 32 stores around the country, with dozens of unionization elections occurring weekly.

Throughout this process, there has been growing tensions between the Starbucks corporation — which has made it clear that direct representation is preferable and that the unions have been disruptive — and union group SBWorkers United, which has accused its parent company of union-busting.

Why hasn't anyone commented on this yet? I worked at Starbucks as a barista and as a shift manager in Boston during the late 90's and here in the city during the early 2000's. It could be a fun job, but it was a lot of work for not a lot of pay. I earned around 9 or 10 dollars? Tips were distributed bi weekly amongst staff, which wasn't much, but it came in handy for trips on the metro or a lunch out here and there. At the end of each shift, I was physically decimated with coffee grounds under my nails and constant burns on my hands. It was a solid learning experience while completing my undergraduate education. In the end, I left due to a lack of benefits, living wages and virtually no support from corporate when problems or concerns arose.

Unionizing in 2022 is fair and quite honestly, an incentive to remain considering how turbulent the job market is, and how we might be facing a possible recession, especially when customers can be rude and nasty, which only contributes to one's stress levels. Not to mention the rising cost of inflation where financial security is a key issue.

Starbucks is ubiquitous around the world. They are worth hundreds of billions of dollars. They can afford to pay more, but they refuse because they are selfish and greedy. Had they gone out of their way to keep a loyal employee such as myself and my other friends during that time, perhaps one of us would have stayed. If companies don't invest in their staffs and their futures, why should employees invest in the good of the company? Spread the wealth and love, Starbucks. People do and will take notice in the workforce. Just my two cents. Unionize! Go Astor Place!

Agreed 11:40 AM, and obviously Starbucks has lost many of its better workers as a visit to several of its stores has revealed. Many Starbuck's have recently turned into McDonalds without the burgers. Astor Place has some of the better staff and facilities, and is more user friendly than other stores which are crummy. Perhaps if more workers unionize they can bring back the quality that Starbucks uses to deliver. The problem is the pricing has become prohibitive for many. Almost $4 for a cup of coffee and $6 for a specialty drink is too much, and the only value is if you stay long enough to get a free refill. It's $6 for a large (venti) cup of coffee at Starbucks Reserve, $8 for a large pour over.

At these prices Starbucks should easily be able to take better care of their workers. Meanwhile McDonalds gives you a free cookie, apple pie or fries with your purchase when you use their app, free ice cream cones with points, and the McCafe drinks are pretty good. Maybe the two companies should merge and give us the best of both worlds.

Unionize and raise the prices killing the business. You can get better cheaper coffee at locally owned coffee shops and bodegas. Why are people supporting big corporations like Starbucks?