Cleaning out the former businesses along Stuyvesant Street Photos by Steven
This past week, workers continued to empty out the now-closed retail spaces along Stuyvesant Street, including Sunrise Mart and Panya.
Village Yokocho, Angel's Share, Sunrise Mart and Panya shuttered in recent weeks. Cooper Union, which leases the buildings from their owners and had subleased them to the Yoshida Restaurant Group for more than 25 years, said it was the tenants' decision to move on. (This post has more background.)
Workers removed half of the sidewalk dining structure here on April 21 (H/T MP!) and removed the rest of it in recent days... (not sure who used the outside space — Village Yokocho? Panya?) 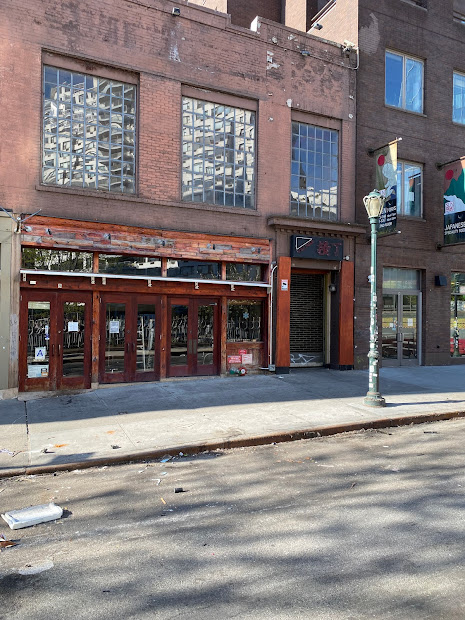 This is the second recently closed business that had someone remove the outdoor dining structure, joining Root & Bone on Third Street.
Posted by Grieve at 11:30 AM

The outdoor establishment was Village Yokocho's, I ate there a few times with an unvaxxed (Christian Scientist) friend so we couldn't eat upstairs.