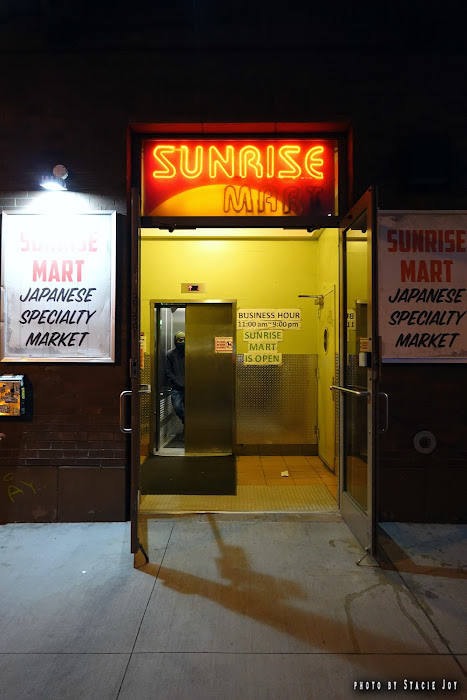 Photos by Stacie Joy
After news broke last month that the four longtime businesses along Stuyvesant Street would shutter in the weeks ahead, EVG contributor Stacie Joy visited Sunrise Mart. This Japanese specialty store opened here on the second level at Third Avenue in 1995.
At the time, employees said they were closing but didn't have an exact date. Sunrise Mart closed after the business day on Sunday. Village Yokocho and Angel's Share shut down on March 31. (Panya remains open for now.)
The other three NYC locations of Sunrise Mart are still in business.
A co-worker told me about Sunrise Mart right after it opened in 1995 at 4 Stuyvesant St. I recall walking into the lobby and facing an unmarked elevator. I thought I had stumbled into an employee entrance. Or maybe the Cooper Union dorm. The entry definitely had dorm vibes.
No, this was how you got up to Sunrise Mart. 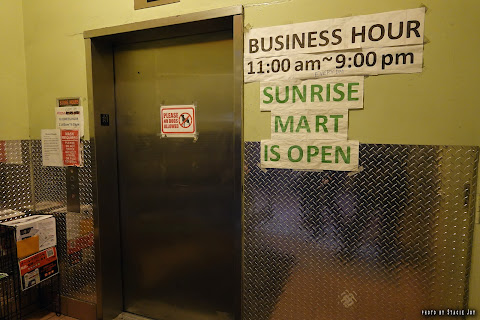 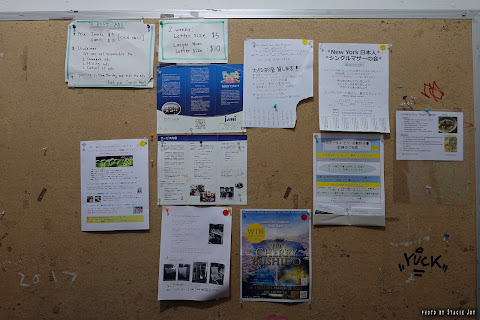 Then the doors opened up into a sprawling retail space with a tastefully cluttered vibe with shelves stocked with unique items ... let's take a last look... 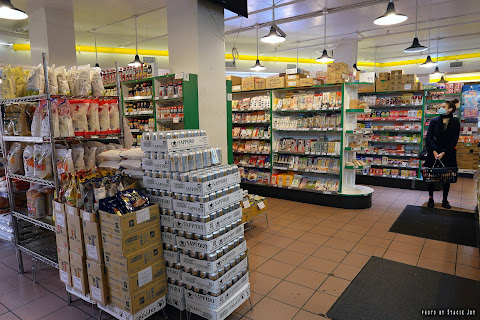 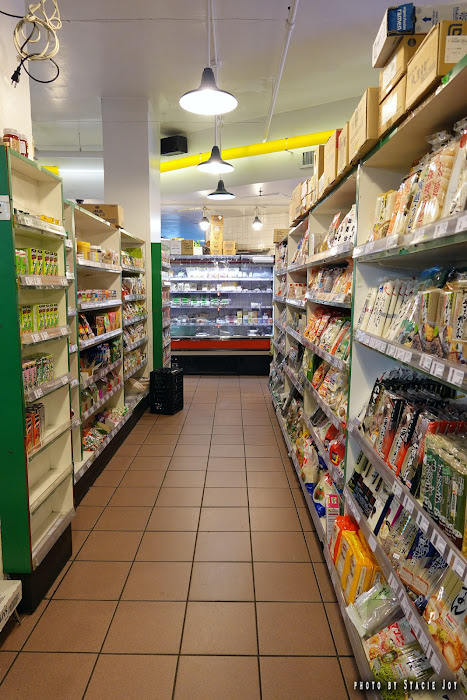 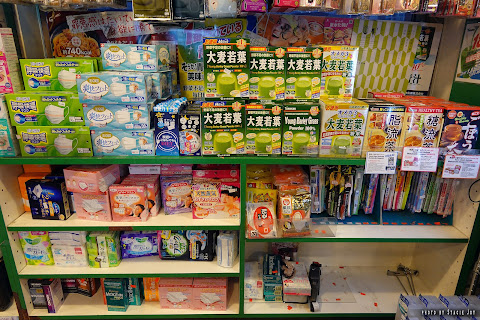 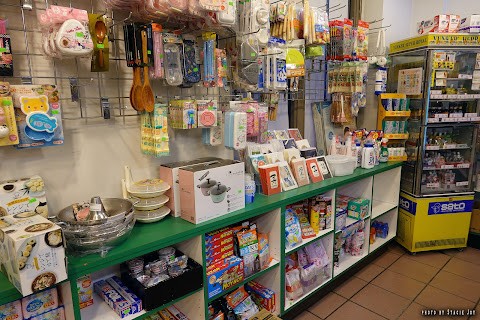 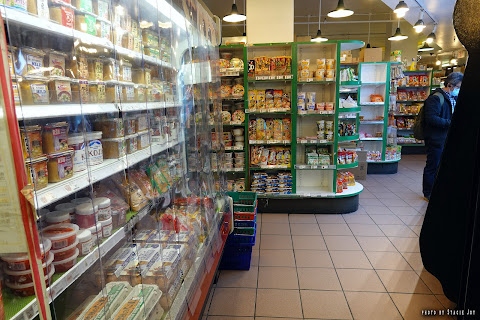 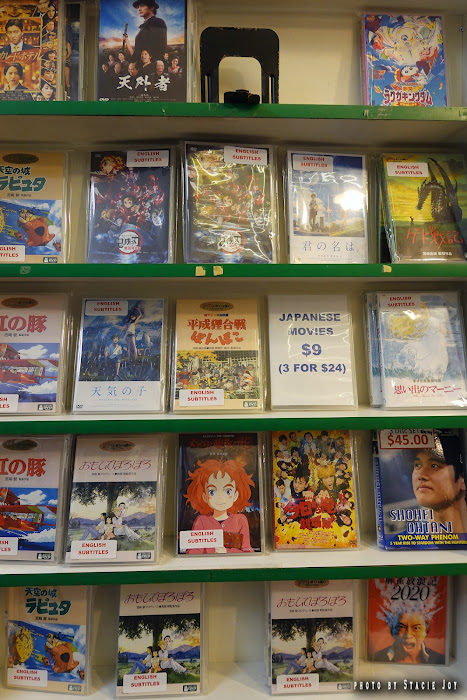 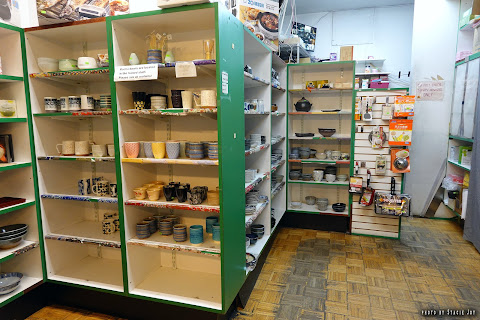 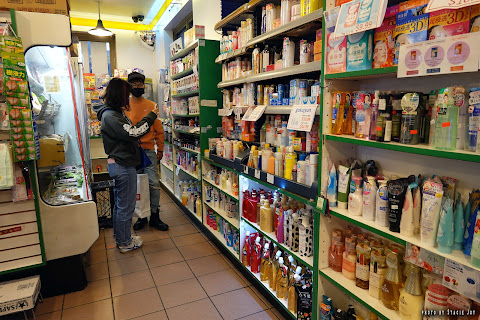 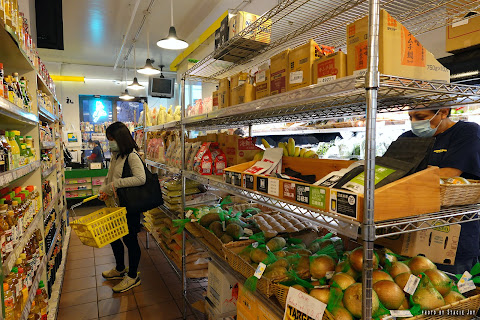 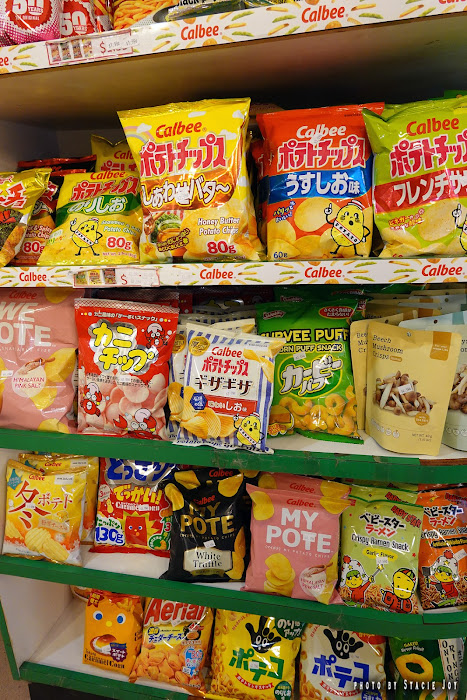 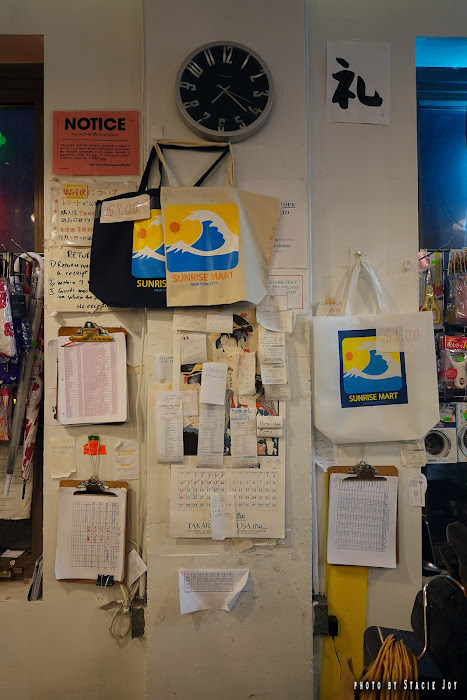 Rubbing salt into our wound, Grieve!

Terrible. This section was awesome and a wonderful hidden gem

I’ve been shopping there for years… this closing hurts

Will be missed dearly

That’s where I used to get my greentea Kitkat and Japanese shabu shabu ingredients :(

I used to take all my NYC visitors here - it was such an interesting experience and had great stuff to buy.

This stinks and I'll never go to another business here

Come back! I almost shed a tear when I visited them one last time over the weekend.

My heart has shattered at the loss of these three institutions.

So terribly sad to loose this business-- Its been an institution over the years. After living in Japan from 2003-2005 and moving to NYC in 2006, I had an annual hanami celebration under the cherry blossoms every single year (except these past 2 due to Covid) We would get all our Hanami supplies from Sunrise each year and head to Central Park. I always got every flavor of the Ramune Japanese Soda Drinks for all the kids... they loved it!! Sunrise will be missed!!

I guess I'll have to trek out to the one on Broome :(

I’m so heartbroken to hear about these closures. Will continue to support the Broome Street location as these small shops are a big part of what creates the fabric of this city! One of the reasons I love where I live is because it’s a close walk to Sunrise mart!

I was out of town and today, I found out that the place was closed. While I was outside, many people tried to go in only to discover that Sunrise Mart was gone. One guy kept on trying to open the doors, because he had not seen the sign. He was bewildered. Many people seemed sad and thought of going to Broome. Definitely a loss. I have been to a couple of other Sunrise Marts in the past, but this was always the best organized.

Really sad to hear that Sunrise Mart closed. The village is dying even more so with such institutions closing. We need to take back our city and stop letting the rich take over our precious neighborhoods. That’s what killing the heart and soul of NYC!

First Moishe's now Sunrise. This is the worst news that's hit in a very long time. Have been relgiously shopping here since the 90's. Don't know what I'm going to do if the Soho location closes too. We reall can't have anythig nice in this town. If you have a place you love, cherish it while you can because it's only a matter of time.