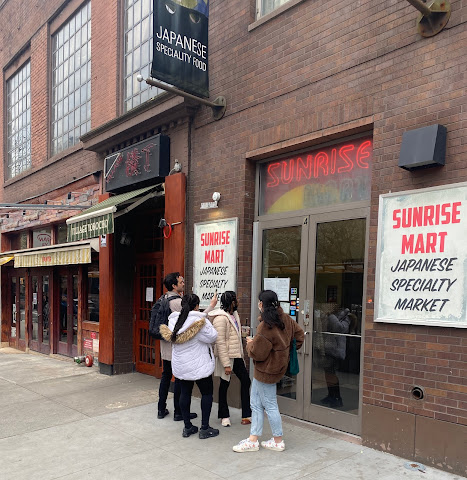 Over the past 50 years, Tadao Yoshida, known as Tony, the mystery mogul of the East Village, has built a food-and-drink empire that few of his generation can rival. It all started in the early 1970s with the humble vegetarian-friendly joint Dojo and has expanded to include, most recently, the sprawling Japan Village food court in Industry City, Brooklyn.
Mr. Yoshida helped teach New York that it couldn't live without an authentic izakaya (something like a Japanese pub). And the cocktail revival of the aughts can be traced directly to Angel's Share.
He also may very well be the man responsible for that ubiquitous ginger-carrot salad dressing found at every Japanese restaurant across America.

As previously noted on EVG, Yoshida first opened the Ice Cream Connection on St. Mark's Place between Second Avenue and Third Avenue in March 1970. Yoshida's Japanese-inspired vegetarian cuisine came along in 1974.
In 1982, Dojo took over the space next door and expanded even more. Higher rents shuttered the East Village Dojo, with the West Third Street outpost continuing until 2018.
The Times also shares this anecdote about the Ice Cream Connection:

The East Village was dangerous then, and Mr. Yoshida was known to keep a long Japanese sword behind the ice cream counter for protection. A story goes that a young John Belushi, after seeing Mr. Yoshida chase away some troublemakers with the sword, was inspired to create his recurring samurai character on "Saturday Night Live."
"People said that," Mr. Yoshida admitted. "I'm not sure. After the samurai sketch, people said, 'Tony, that’s you.'"

As for why these businesses have closed after 25-plus years here on Stuyvesant Street between Ninth Street and Third Avenue... a spokesperson for landlord Cooper Union told us (and other media outlets): "Unfortunately, the tenant informed us of their decision to vacate the property. They were not asked to move out, despite the fact that they haven't paid any rent since 2020."
Yoshida confirmed to the Times that the businesses had not paid any rent since April 2020. "In the pandemic, we could not do business, and I hoped they would give me some sort of break," he said. The Cooper Union spokesperson previously said: "The formula for calculating rent on these properties has been in place for some 30 years and has never been changed."
Also, as the Times piece references: "Cooper Union, which leases the buildings from their owners and had subleased them to Mr. Yoshida for decades."
Back in 2011, when Cooper Union and St. Mark's Bookshop were trying to hash out a new rental deal for the retail space for 29 Third Ave., WNYC reported that "Cooper Union doesn't actually own the building that holds the store, but leases it from a company called 29 Third Ave Corporation c/o Casabella Holdings, LLC."
So it's not clear what will happen with the two-level building that housed Village Yokocho, Angel's Share and the previously shuttered Sharaku. Cooper Union told us there's no new building planned on this site.
Meanwhile, Yoshida's lone business left here, Panya, will "continue for a month on a wholesale basis before it, too, closes," per the Times. Employees though, have told EVG readers that the bakery will close before the end of the month. 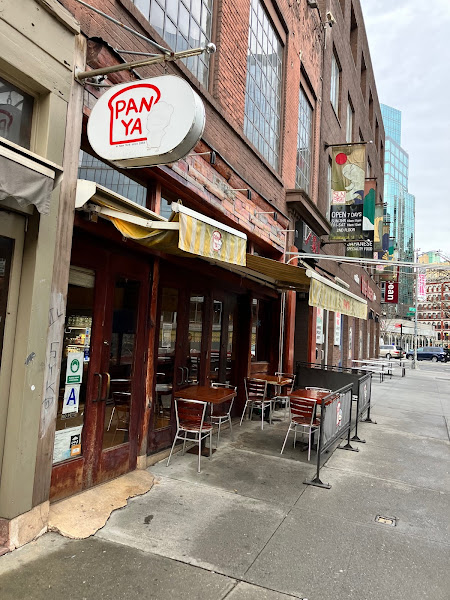 Seems to me he was gaming Cooper Union. Pandemic has eased Tony and time to pay back rent. This is the old Donald Trump routine. Dont pay UNLESS you absolutely have to.

Kaminstein Brothers was the coolest hardware store back in the day.

Prediction: new ugly building in the next 5 years

From the article it sounds like his attention shifted to the newer, larger Industry City venue and he was tired of the EV venues. Though I thought his daughter was helping run things as well, surprised they just let these venues go.

Are all the people who made negative comments about cooper union going to apologize? Everyone just assumed they were the bad guy.

You might be referring to the other japanese /east village restauranteur: Bon Yagi...his daughter Sakura is now at the helm of the enterprise.

Lots of tenants in NYC are doing this . What does this have to do with Trump?

In Manhattan, there's a 2-part (grocery on one side, cafe on the other) Sunrise Mart at 12 East 41 Street and another outpost in SoHo at 494 Broome Street.

There was an article about his daughter as well in the last year, from the link you provided (thanks):

"Erina Yoshida — also the COO of a company started by her father — who runs fellow legacy businesses Sunrise Mart and Angel’s Share, acknowledges that Yagi and T.I.C. have played a major role in how far the New York City Japanese restaurant scene has come."

The Trump way of doing business.STIFF your contractors, wait till they threaten to sue..hold out a little bit longer and pay pennies on the dollar when the shit starts to hit the fan.

Industry City is bougie as f.

@Anon 3:36 pm-I’ve been missing Panya’s after 9pm half price dinners and pastries since before the pandemic.

It's all real estate deals, Basically the landlords are squeezing the tenants after covid so they can jack up the rent by 10x as much. It absolutely ruins the neighborhood and people need to fight back by not patronizing bougie businesses owned by landlords that push out the local ones. What happened to all the funding to save small businesses? Guarantee it's in developers and politicians' pockets. This area is ruined to me and everyone I know now, and part of the high rent blight that landlords and developers produced. Make no mistake when you support their business, you might as well place your paychecks directly into their pockets.