After seemingly eons, a lot of the plywood has been removed by workers in front of 189 Avenue C near 12th Street, home to the cleverly named 189 C...a new rental complex whose slogan is "Come see what's new on Avenue C." 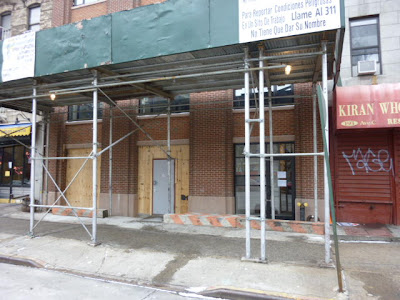 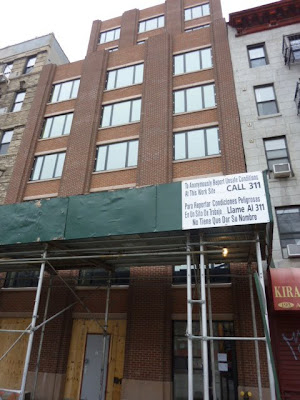 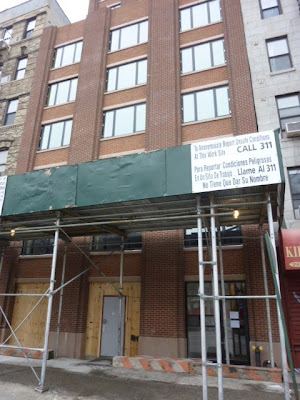 ...there will also be a 12th Street entrance, just next door to the Social Security Administration Building.... 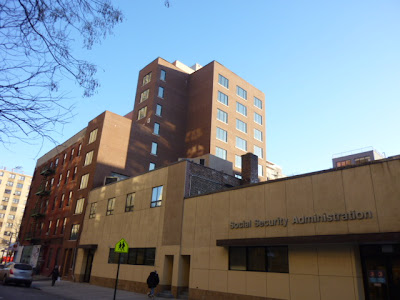 Michael Muroff Architects did the blueprints and what not. Accorcing to the MMA site:

This is a unique ‘L’ shaped low-rise multiple dwelling tower that has retail space on the ground level. The building wraps behind a corner building to face two streets in Manhattan’s East Village. The facade is mainly comprised of large windows, brick, and cast stone accents. The building was seamlessly constructed using two structural systems; steel structural framing on the wider and cantilevered portions while the narrow portion, which faces East 12th Street was built using a concrete column and two way structural slab system.

No prices for these units just yet, but you can see the floorplans on the 189 site. Regardless of the prices, this will be a challenging sell. As a StreetEasy commenter said, "Building looks great, classic brick with large windows, but location will be tough: Mitchell-Lama high rises across the street to the east and Campos Houses to the north."

When you go to the 189 site and look at the area map and those big patches of NYU violet, you'll know who these places are intended for... 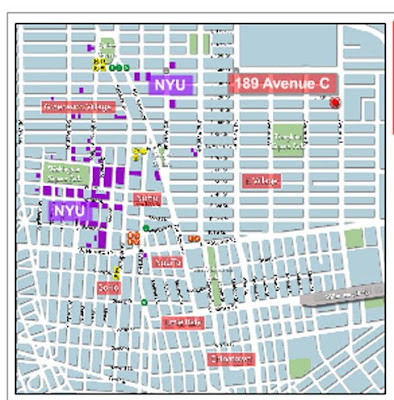 Sure would be convenient if they could update the map with the local beer pong parlors. (But seriously folks,) at least it's right-sized for the area and not glass...

Why aren't Superdive, Cherry Tavern & The Village Pourhouse clearly marked on that map... For Shame!