Sound off: Looking at the disappearing New York accent 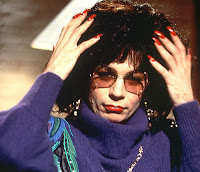 A few weeks back, we excerpted a Fox News story -- based on a presentation at the Linguistic Society of America -- on the disappearing native New Yorker's accent ... (The story prompted a healthy comments section here.)

In yesterday's Post, Sheila McClear wrote a nice piece on the topic titled "Why the classic Noo Yawk accent is fading away."

Here's a little bit from her story:

First, a lesson in rhoticity. What, exactly, is the New York accent? One key component, linguists say, is the "R." Not only do New Yorkers drop Rs (call the doctah!), they add them in where they're not needed, usually when the next word starts with a vowel, which creates "I sawr it with my very own eyes!" and "The sofer in the living room is green." It all started across the pond. The New York accent, with its dropped Rs, is "absolutely from British English," says Kara Becker, a Ph.D. student at NYU who is writing her dissertation on New York City English. Londoners began to drop Rs around the end of the 1600s, according to Michael Newman, associate professor of lingusitics at Queens College.

The East Coast is referred to as the "R-less corridor" by linguists, and other coastal cities have accents with features in common with New York, like Boston and Charleston, S.C. Those cities "were settled around the same time, and the speakers came from a certain place" — South London — "using a certain type of British English," Becker says.

Then there's the curious case of the New York Honk, which Tom Wolfe wrote about in 1976. The Honk was a certain upper-class East Coast accent that persisted after WWII, spoken by wealthy prep-school types such as Bobby Kennedy and Nelson Rockefeller. Wolf called it "derived in the natural Anglophile bias of Eastern social life." The unique way that New Yorkers draw out their vowels is another important feature of the dialect. Raising the vowels is one of the first exercises Gabis does with actors learning the accent.

New York-style vowels are diphthongs — meaning they change into another sound during pronunciation. That's just a boring way to describe the musical "aww-uhh" that New Yorkers bring to their vowels, pulling them apart like taffy, turning "sausage" into "sawww-sage." Words like "talk" and "walk" turn into two-syllable words: "Taww-uhk" and "waww-uuhk." Travis Bickle's famous line from "Taxi Driver" actually sounds more like, "Yoo tawwhkin' ta may?"

So, as she wrote: "Will old Noo Yawk become a museum piece, the subway token of language?"
Posted by Grieve at 10:33 AM

I grew up in New York and it might be the most annoying accent, but also one rarely heard. Most people I know have a very clear accent - sharp constants and open vowels. I've read that there is a bias in gay men to take on a specific accent (not to be confused with the queenie drawn out drama accent), and that accent was very specific to NYC during the turn of the last century. It wasn't the truck driver from Queens' accent, but something far more refined and elegant. Educated...

The classic of that is 'Only The Dead Know Brooklyn,' by Thomas Wolfe

I've never seen a reference to the contraction of can I that rhymes with sky. Cai have some? I've heard that all my life.

@BaHa great point! That's gotta be one of the most prevalent usages.

Would you like to go get something to eat?