"East Fifth Bliss," the first novel by former East Village resident Douglas Light, is being adapted into an independent film by Michael Knowles. The filming starts this month in the East Village. "Dexter"/"Six Feet Under" star Michael C. Hall plays the title character of this darkly comic tale. Per the description: "At age 35, Morris Bliss is clamped in the jaws of New York City inertia: he wants to travel but has no money; he needs a job but has no prospects; he still shares a walk-up apartment with his father. Enter Stefani, an 18-year-old girl in a catholic school uniform, and Morris’s once static life quickly unravels... 'East Fifth Bliss' follows Morris as he confronts the intricate and often confusing aspects of relationships, family and identity."

Douglas shared some thoughts on the East Village and the film with me via e-mail. 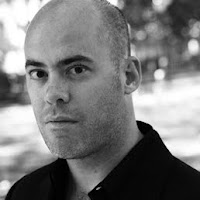 Did the idea for the character of Morris Bliss specifically come out of your experience of living in the East Village?

It did. The building I lived in from 1995 to 2004 was a shabby, walk-up tenement on Fifth Street off of First Avenue. About half of tenants there where people who’d entrenched themselves in their places for 25-plus years. They paid ridiculously cheap rent, a few hundred dollars a month. The other tenants were more transient. A year, maybe two tops. Their rent tapped over $2,000 a month, which the landlord would kick up every time someone new moved in.

While some of the 25-plus year tenants truly struggled to cover their rent and get by, the majority seemed to have simply locked themselves into their places, and lifestyles, out of apathy. Beyond exerting the minimal amount of effort to stay aloft, they had no goals, only vague long-term plans they never acted on.

Morris was launched with this type of person in mind.

You lived in the East Village for nearly 13 years. Why did you decide to move to a different part of NYC? Was there a defining moment -- a point that you know that you had to leave?

The things I once found endearing about the East Village started to irritate me. Nothing specific, no one incident or event. It’s probably true of everything. You just get to a point where you say, “All right, I’m ready for the next thing.” For me, Washington Heights was that next thing.

Do you ever miss the East Village?

Definitely. I have to say, though, I’d be hard pressed to find the EV I miss. A lot of the old haunts have closed, the people have moved on. But that’s what makes the EV, and NYC in general, so vibrant. It’s always evolving, reinventing itself — not always for the best, of course.

In the book, Morris drinks at the Homestead (called the Homeplate in the novel) on First Avenue, which, of course, is now closed. Will the film have a look more of, say, 1995 East Village rather than the present day?

I envision the film set in NYC circa 1995. I’ve spoken with the director, Michael Knowles, about it and his thinking is the same. I don’t see him loading the streets with ’93 Ford Tauruses or anything, but the overall look and feel will be more mid-nineties than 2010.

What would you like people to take away from the book/movie?

I hope people come away thinking, “Wow, this Douglas Light knows how to tell a great story.”

Might be this generation's 'Last Exit to Brooklyn,' I will definitely get a copy

I live a few doors down from his old place..I remember seeing him on the block-he seemed cool. I have to be an extra in this..Ex-squatter living on east 5th..it'll be awesome..When they break us, i'll come home and blog about it when they film on my street..