A rebirth of hookah hotspot Layaly?

B&T hookah hotspot Layaly at 98 Avenue B near Sixth Street was shut down by the cops last fall... In the last week or so, workers have started renovating the building... 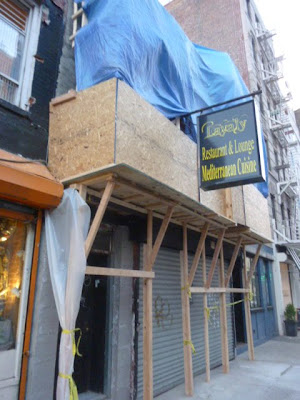 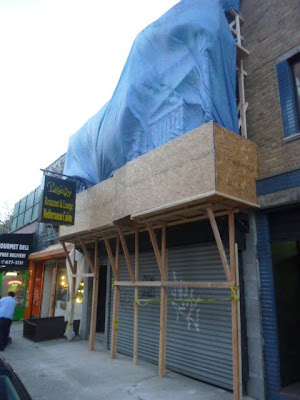 I asked the man in charge if the bar was reopening. He said, no, that they were just renovating the front of the building. Hmm. There aren't any work permits posted ... and nothing has seemingly been filed with the city -- I can find no new records of work permits with the DOB. Either the work is being done illegally... or there's some other explanation, which I look forward to hearing...
Posted by Grieve at 6:48 AM

Email ThisBlogThis!Share to TwitterShare to FacebookShare to Pinterest
Labels: Avenue B, hookah bars