Last Thursday night, a small fire broke out on the third floor of the San Isidoro y San Leandro Church at 345 E. Fourth St. near Avenue D, as DNAinfo reported.

I'm not sure about the extent of the damage. I hope that it's minimal. This is one of those hidden treasures in the neighborhood... I've been meaning to do a little photo essay of the church... 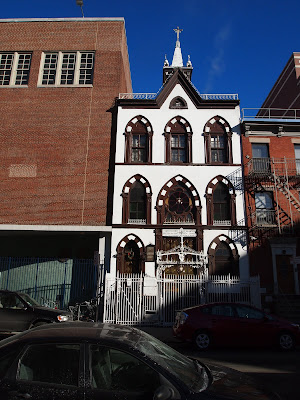 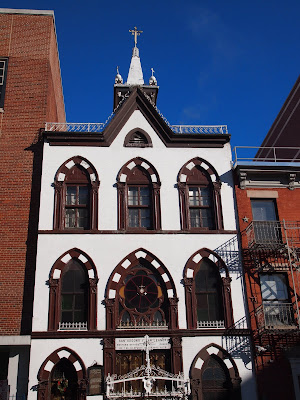 According to the always invaluable New York City Songlines, San Isidoro y San Leandro Western Orthodox Catholic Church of the Hispanic Mozarabic Rite is "named for brothers who were successive bishops in Seville, circa 600 AD. Originally a Russian Orthodox Church, built circa 1895." 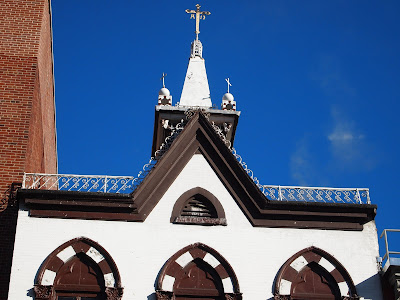 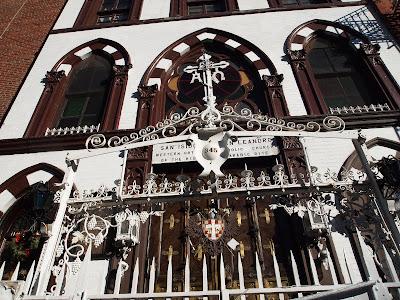 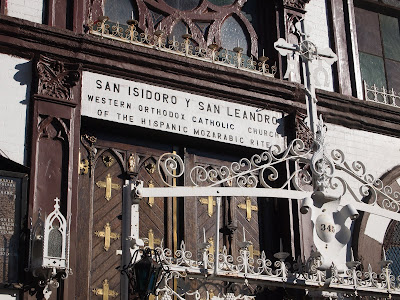 And here are some shots from last summer... when the church held a rummage sale... 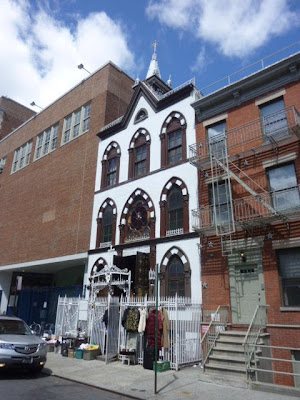 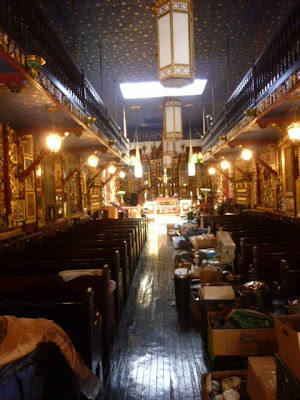 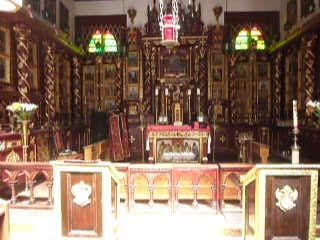 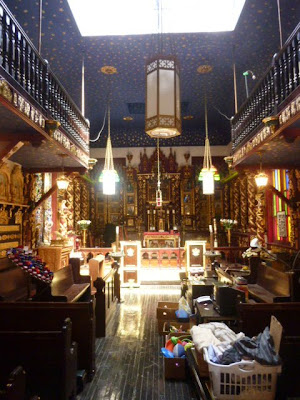 I bought a few records for like 10 cents each. But you should really take a look inside some time if you have the chance.

Oh, and this isn't the part where I tell you that the church has been sold to developers... Just appreciating it while it's still here... Here's a video tour.
Posted by Grieve at 7:00 AM

Oh, my god. It's breathtaking. I want to live there (AS IS, all alone, and in my dreams, developers, so don't get any effed-up ideas).

This is kind of an odd place...there are "rummage sales" every weekend, not just in the summer. It's rumored that the guy who dresses in priest's clothing there is not a priest at all, either.

Oh no! This one of my favorite buildings in the neighborhood. Thanks for posting shots of the interior - it looks gorgeous, and I'll definitely take peek inside the next chance I get.