Lourdes of the bar flies

Yesterday, we noted that Kelly Osbourne, the new face for Madonna's tween line Material Girl, shot the ad campaign last month at Mars Bar and Lit Lounge. Osbourne hung out there with Lourdes Leon, who runs Material Girl with her mom.

Anyway! A few readers sent along pics from the shoot... 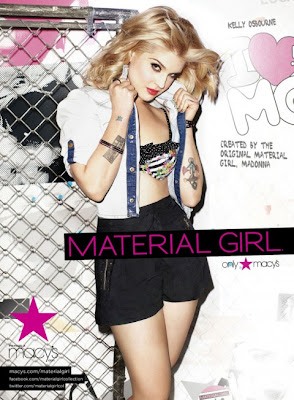 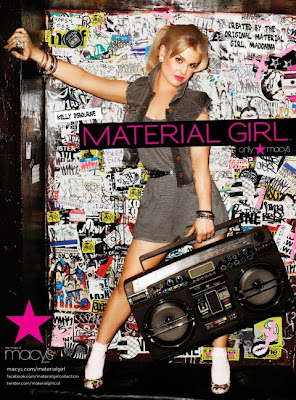 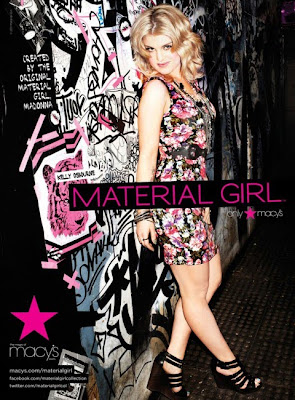 And here's Lourdes discussing the photo shoot at the Mars Bar: "Yeah, there were people drinking there and it was, like, three in the afternoon. And it's, like cool ... it was awesome. There were some interesting people there. I think they didn't even notice that there was, like, a girl in short shorts being photographed."

And if there's something really wrong with you, then you can watch the behind-the-scenes video and catch some glimpses of the Mars Bar shoot... and listen to some plugs for Macy's ...

[Ad photos via The Superficial]
Posted by Grieve at 6:47 AM

Kind of strange and almost pretentious that pseudo nostalgia on which those adds are based on. Two kids going in a bar to suck on the vibes of the past as if they are not able to establish there on territory link to their own life experience ...but that would most probably the result doing a photo shoot in their respective publicist office more or so ! such a travesty ... one thing that seems comforting is that no one there seem to notice their presence which confirm the social bar theory .... just stick looking at the bottom of your glass !

Good call Juicy Fruit about the recycled stylings. I guess a fashion line needs to be recognizable -- to sell in the malls of America. Given her many resources, though, the daughter of Madonna could do better ... why not hit the basements of Bushwick for some completely messed up sleeze / woodland / guerilla fighter fashion combos? Show some imagination kids! There is more (sorry) than the sometimes tired neighborhoods of past punkers and blogging about it.

is she vying to be the next 'lady', which will be lady douchebag

I bet this was how the art was pitched at Macy's.

I am pretty sure that this girl is a high school freshman. At least she goes to public school, I like that about her.

Kelly is an intelligent young woman, Lourdes is effing cool (and her dad is so hot seriously omg).

Maybe let's lay off the little ladies, they may not be Mars Bar realness but they're not hurting anyone and for celebrity offspring, they are both pretty fucking awesome.