There's good news on the future of Lower East Side/East Village nightlife after Community Board 3 approved revamped liquor license policies on Tuesday night. I've been following this story, and have attended several preliminary meetings. However, I wasn't able to make Tuesday night's meeting in which the full community board voted on the topic. 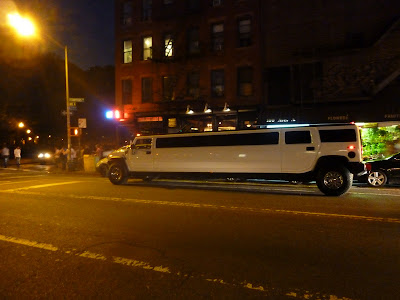 The Lo-Down has been all over the story. Here's their take:

Last night Community Board 3 voted to put in place comprehensive new policies that could have a dramatic impact on the nightlife industry on the Lower East Side for years to come. The revised rules, governing how CB3′s SLA Committee evaluates liquor license applications, are intended to streamline and standardize a process that has been harshly criticized by bar owners and community activists alike as inconsistent and capricious.

In particular, the full board voted to phase out "the controversial practice of automatically transferring licenses from one operator to another." (Be sure to read the Lo-Down's post on last week's epic bar policy meeting in which CB3 member David McWater said to another board member: "That is the most bullshit thing you could ever fucking say. You want to see ballistic? This is ballistic.")

Here's the view from Rob at Save the Lower East Side!:

A momentous vote last night at Community Board 3: they voted, in effect, to curb the trend of commercial real estate speculation that has been decimating local-serving businesses and speeding up yuppie gentrification, which, unlike family-gentrification, creates neighborhoods of upscale transients displacing community without replacing any community at all. CB3 voted to phase out automatic liquor license transfer approval. It may be the most significant vote they've ever made.

Under the old dispensation, when a bar owner decides to sell the business, a new owner of that business can 'buy' the liquor license. The CB, treating the bought license as if there were no change in management, effectively guarantees the financial value of the license. That sends a message to prospective bar owners everywhere that a license is guaranteed — insured — in this community district. You don't have to face the community, you don't have to face the Board members. If the street on that business has over time filled with new bars, you don't have to worry about increased community objections.

Jill at Blah Blog Blah has been closely following the issue too... Read her post on the topic from last week that inspired a good deal of conversation.

For more on this story, here are nice recaps from Patrick Hedlund at DNAinfo and the Local East Village.

One important note on all this: CB3 is going to grandfather all current licenses, meaning that a current active license may still be transferred.

In any event, I'm still wrapping my head around all this. Don't expect to see shops selling, say, yarn, records, zines, junk and what not popping up on Avenue A tomorrow now in place of bars as a result of this. It took years for the East Village/LES to get into this nightlife mess; it will take a few more before there's a noticeable difference. But there's hope.... 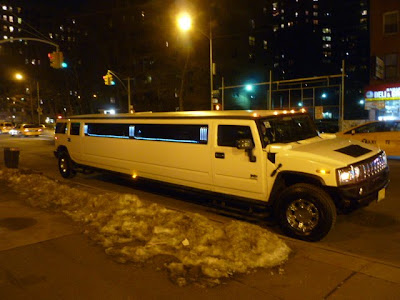 Although I wish they weren't grandfathering all current licenses and wish they could be swayed to change their minds on that point, this is progress. It is ridiculous that a bar can close and just sell it's liquor license to another, unproven establishment.

Thanks to everyone in the community who has been working on this issue.

Unfortunately, in this economy bars/restaurants are they only businesses that can make a good living. It's not as much about the neighborhood as it is about what the neighborhood can support. I've seen more retail stores go out of business, or open a business and fail in the past 3yrs or so then in my 35yrs living in the EV. As long as the bars/restaurants are supporting our community, not being disrespectful to its neighbors (which I will say - many bars/restaurants are perfectly fine & quiet) then it's fine by me. These business give jobs to hard working individuals who will in turn use that money to pump back into our economy. I'd much rather have a storefront with a business in it, even if it's a dry cleaning place, then an empty space with a for rent sign out front and crusties asleep by the sign. So all you people need to think about the bigger picture at hand. Yes there are bars who are completely disrespectful - and they should be reprimanded. But to just deny bars licenses for the sake of being bars? That seems unwelcoming and ridiculous. Perhaps temporary licences should be granted for those potential business who could be seen as "risks" to our community. That way it could be more monitored without completely denying small business owners who pay taxes and deserve all the rights we have.

Where were all these people complaining in the 80s when the EV was in the shitter? There were loud obnoxious people at night who did little to contribute to society other than complain and do drugs. Now our neighborhood is vibrant and young, something most cities & neighborhoods would kill for. yes bars are loud, but the big offenders are few & far between and just get a lot of press because those who used to be the ones making the noise are now the ones who want peace and quiet. Do people not see the irony here???

It is good that this has passed but I disagree with grandfathering the current licenses. Essentially these locations will have licenses forever.

As far as creating jobs, restaurants & bars more than any other type of business pay workers off the books, therefore not contributing tax dollars to the city or state and often taking advantage of workers in this country illegally.

vibrancy and uncomplaining youth. the answer to all society's ills.

It seems strange to me to consider the ability to sell your liquor license as an "insurance policy" in the case of a failed venture. If you paid to buy it, you should be able to recoup that part of your investment. I don't need to spend thousands of dollars for a license to open a book store. The owner of a failed bar is still out all the money they spent to remodel, etc. I like the new policy. Curious to see which bar will be the first affected by this and if it affects the way they plan their business.

Most licencess are just tenants. Unlike a homeowner, they are not selling the property and in most cases are not selling a business. They are selling the license. If someone was to buy a business, maintain the same trade name, method of operation and menu if any, then I can see a transfer. But in most cases before the community board it is a totally new business. If someone buys a contractor business, electrical or even hair salon, the associated license does not come with it. You have to apply again.

If the number of EV bars stays exactly as it is today, we will still have PLENTY of bars. How much damn drinking do people even need to do, how many effing places do you need to do it in?

It is not obvious that drinking to excess is the #1 way to destroy this "youth and vibrancy" some people keep yammering on about? But I'm sure said people are all moderate and responsible drinkers ... in which case the current number of liquor licenses should suffice.

Yeah I don't think that existing businesses should be grandfathered in either, but to get this far with a new policy is groundbreaking and something that residents/activists were told would never happen. A miracle.
David McWater made up the fictitious rule called a transfer. He tries to make it sound like he's just a little guy with a few small businesses, meanwhile he has an empire, has created the transfer policy, which everyone believed for I don't know how long, has helped numerous friends acquire liquor licenses/assets, and not only that he doesn't even list his name, other than for one business on the SLA website for establishments that he owns or co-owns. It's not a requirement, so who knows how many establishments he owns?

The grandfathering policy will exist for one sale. This is different from the policy that was originally presented to the full board where a bar at a specific address would be grandfathered forever at that address. That clause did not allow for any gradual efforts to normalize the license application process to be like every other community in NY where each license is reviewed as New.

One by one committee members stood up and said they had no idea what they were voting for when they voted in that grandfather forever clause, only that the meeting had been so contentious they just wanted it to end, and were now reversing their vote to revert to the one time transfer clause.

It's not perfect by any stretch, but it is the first time the SLA committee has, in writing, some procedures about how they approve and deny licenses, with some language that relates to community planning.

After the new few years pass and the first time transfers go through, the result of this should normalize the process and make it more fair for everybody: residents and potential bar owners alike.

Absent from the coverage of this story is the fact that a group of residents have been consistently raising the issue of the legality and appropriateness of CB3's transfer policy for months. They have spoken at all of the policy meetings, submitted written testimony, and appeared at full community board meetings. At Tuesdays meeting residents turned out in force again with ten people speaking against the transfer policy and others handing flyers outlining their position on this very important issue. Congratulations to them and Power To The People.

btw gramercy/murray hill area also transfers licenses with sales. So stop this "EV is the ONLY one doing it" - we're just the only one complaining.

This was one of the more remarkable events to unfold since I've been following CB3.

First, a SLA sub-committee member allegedly terrorizes other members into a unanimous vote, to which many of those members, during the full board Tuesday night, reversed their decisions. Sadly, some of the members felt they had "no choice" in the matter of their first vote which leads me to believe they were literally coerced on that fateful night. Not a pretty sight.

The sub-committee member in question who had influenced the voting to his liking was not present at the full board, and I wonder if that had something to do with it.

My heart goes out to the SLA sub-committee members who clearly endured what is typically called "bullying" or "coercion."

I was glad to see a more collaborative full board meeting reach the right conclusion and bring CB3 in line with the other 58 community boards that don't allow automatic transfers.

Also, my hat is off to the Conflict of Interest (COI) Board, who came in at the final hour to rule that bar owners could not vote (or risk a COI investigation).

It's anything but "Community Bored" around here.. ;-)