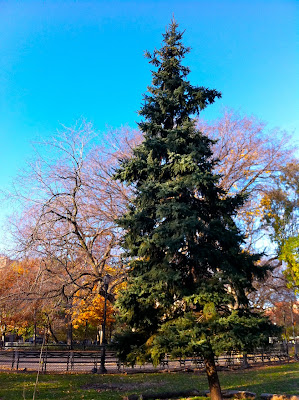 The festivities (the 20th anniversary!) start Sunday at 4 at the usual place. We'll have more details later this weekend.

Meanwhile, as The Villager reported this week, the Tompkins Square Park Neighborhood Coalition will dedicate the event to the memory of Kevin Dowd, a former vice president of the coalition who died March 8 after a battle with lung cancer. He was 57.

Previously on EV Grieve:
On St. Patrick's Day, a Christmas miracle in Tompkins Square Park
Posted by Grieve at 6:45 AM