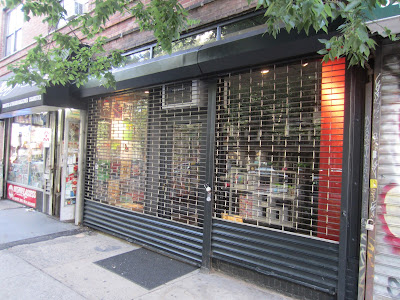 As you may have noticed, a new outpost of Alphabets opened Saturday on Avenue A between East Fourth Street and East Fifth Street... the gift shop, which has been around since 1985, is located at 115 Avenue A near East Seventh Street... However, as we understand it, this location will be closing in the coming months... 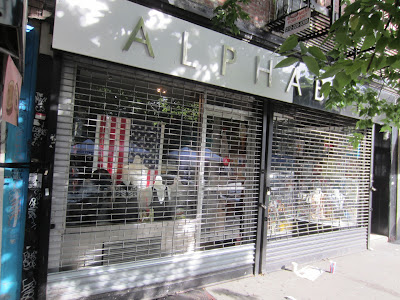 According to public records, the building at 115 Avenue A was sold last August for $3 million. The LLC that bought the building shares the address as the notorious 9300 Realty (owned by Croman Realty). A tipster told us that Alphabets could not negotiate a new lease. Thankfully, they found a nearby space.
Posted by Grieve at 6:02 AM

Email ThisBlogThis!Share to TwitterShare to FacebookShare to Pinterest
Labels: Alphabets, Avenue A

I always go into this store to buy gifts and oftentimes just to browse around for fun. I am glad they found a new location on Avenue A. Thanks for the info!

Thank God they found space nearby; they would be yet another loss in an endless series of them. No thanks for the inevitable Woooo Joint that will doubtless be opening in their place.

The second that Bloomberg is gone, I'm expecting the new mayor to address the damage that's been done, and is being done, by the real estate industry -- residential and commercial -- in NYC. So the mayoral primary is crucial.

I saw all the candidates in a public forum. The only Democrat who was weak in this department was Weiner, and he was really weak.

Ken, do you really think the candidates gave two rat pellets over the issue? The cynic in me believes they are only saying they would be responsive so they can get elected.

Bloomberg made no bones that he was running to be the mayor of luxury city and ran the place accordingly after getting elected and then re-elected twice. These guys are different, they have to be, they're running against Bloomberg's legacy. Meaning they are being forced to focus on affordability issues. Every single Dem candidate focused on affordability at length and promised to lobby the shit out of Albany. Once elected, they ignore affordability at their peril.

But Weiner is not to be trusted. In 1994 as a city councilman, he lied to Mike McKee and tenant activists' faces and went ahead and voted to gut NYC city rent regulations. Then he lied about his vote AND misrepresented the bill both in the forum I attended and on Brian Lehrer's show on WNYC.

Don't forget it was a Democrat (Koch) who started this. Any Democrat running for Mayor will just extend Bloomberg's policies, with different names.

That's hilarious. You don't know what you're talking about. (and I'm not a Koch fan)