The whitewashing of the East Village continues 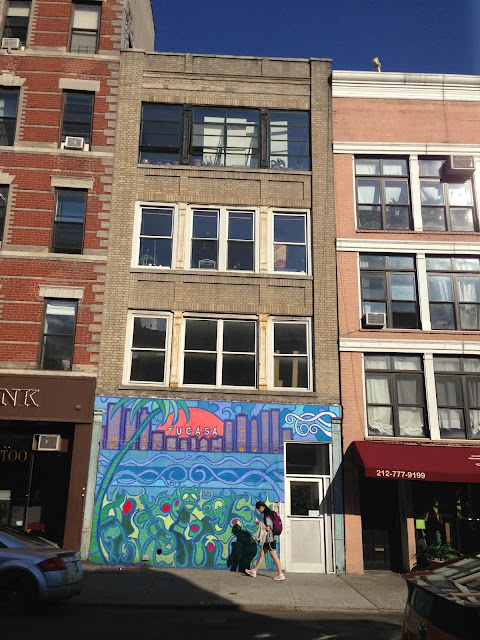 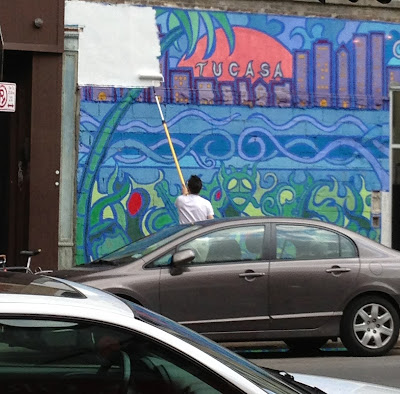 Tu Casa has been around since 1972. A very lengthy list of musicians have played here through the years... including Butch Morris, Black Flag, the Bush Tetras, Dee Dee Ramone, the Yeah Yeah Yeahs... (Find more names here.)

We don't know if Mario is moving Tu Casa to a new space in Brooklyn ... or closing altogether. We called Tu Case, though the number has been temporarily disconnected.

Previously on EV Grieve:
Tu Casa Recording Studio is leaving Avenue B
Posted by Grieve at 9:00 AM

Theyre painting over it with shitty white paint so quickly...

This is truly a disgrace to alphabet city...

Oh man, this is such a nice mural... We can only hope that a local artist gets a chance to create something new in that space. Wishful thinking?

Immediately painting over a lovely mural seems so petty. It looks pretty, what's the harm to leave it until you have something else lined up?

So silly to just paint it white, now by the end of the week the whitewash will just be covered in tags... maybe the next business in their could have just used the same mural and changed the name only: Mi Casa, Linda Casa, International Casa of Pancakes... ;/

Dang, did this have to be so fucktastically literal? Tu Casa I salute you. Props for hanging around as long as you did, long after rock and roll left alphabet city. Really sad that this place is gone. It takes a lot with it.

Murals in the EV aare sadly, transient. I still remember the pair of beautiful murals Chico did commemorating 9-11 on the east and west corners of 14th and A; they stayed up for a while but then got painted over so ads could go up instead. Can't have memory when there's moolah to be made.

And apropos of nothing, when did Maria's Bakery on 14th and B close because of a fire? Did I miss that post?

The fire happened on April 22. I haven't heard when they might reopen....

What the hell is wrong with people... seriously. They could have at least left that mural there 'cause it wasn't hurting anyone. My old band rehearsed there years ago. Guy was kinda surly, if I recall.