Former Tower Records on Broadway will become a studio for AOL 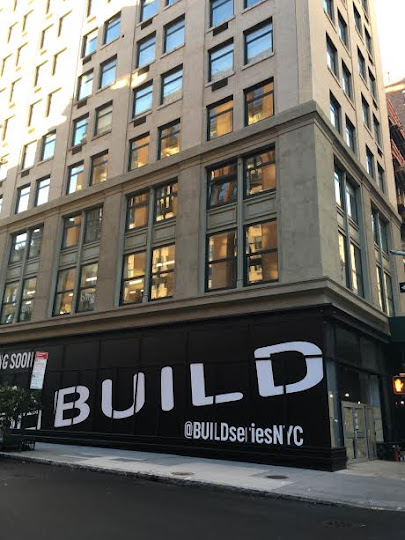 Signage arrived late last week for @BUILDseriesNYC on Broadway at Fourth Street. The former Tower Records space (the part that Blink Fitness doesn't have on the second level) will house a studio for the AOL-backed BUILD.

BUILD is a live interview series like no other — a chance for fans to sit inches away from some of today’s biggest names in entertainment, tech, fashion and business as they share the stories behind their projects and passions. Every conversation yields insights, inspiration and plenty of surprises as moderators and audience members ask questions.

These interviews have been held at the AOL HQ on Astor Place.

In recent years the space had served as the MLB Fan Cave. That closed after four seasons in 2015.

Yeah, in your face, interviewee!

How 'bout a live music venue in this space?

I remember when Compact Discs first appeared on the scene. Tower Records had the first two. I went there every day, looking for new issues. This was around 1982. The staff knew me by sight and I usually was greeted with a "Nothing new today"
How time flies....