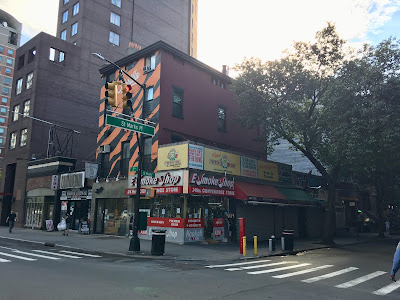 On Friday, the E Smoke Shop on St. Mark's Place at Third Avenue announced their close-out sale ahead of shutting down at the end of this month... 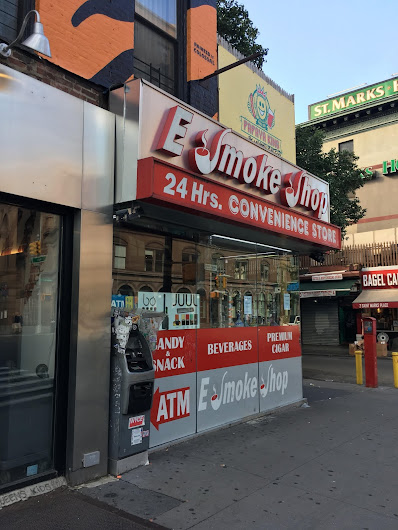 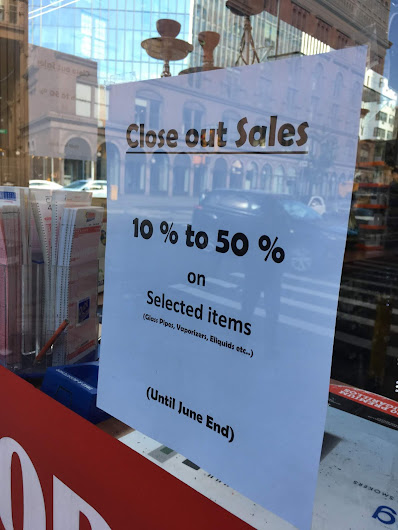 As previously reported, a seven-story, 66,000-square-foot office building with ground-floor retail is slated for this corner. Permits were filed on March 15 to demolish the low-rise buildings here at 3 St. Mark’s Place, 23 and 25-27 Third Avenue.

The Continental literally announced their July 1 closing-night date back in January... 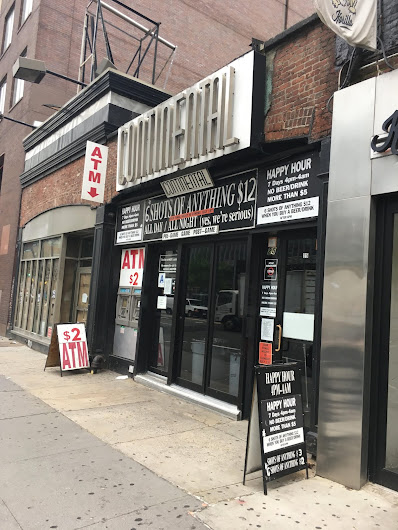 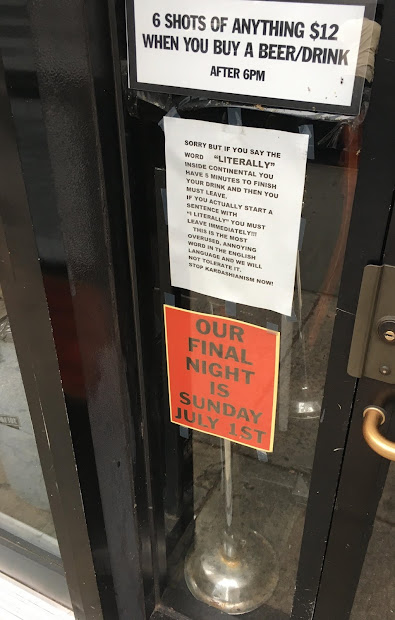 McDonald's and Papaya King have already shut down.

There haven't been any closing dates announced yet for Korilla BBQ or the smaller shops that line St. Mark's Place. 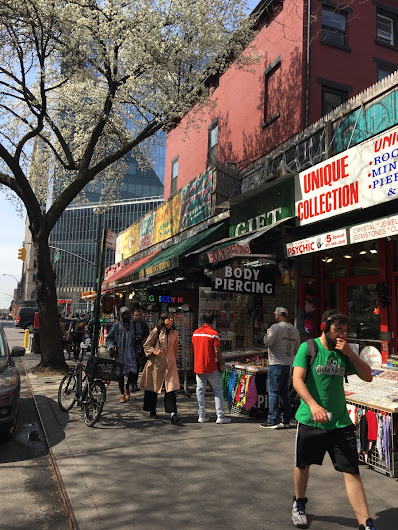 REEC picked up the 99-year leasehold for the properties for some $150 million, per The Real Deal last November. There still aren't any new building permits filed for the property, owned by the Gabay family.

Demolition permits filed for northeast corner of 3rd Avenue and St. Mark's Place
Posted by Grieve at 4:39 AM

More blandification on the way!

Here's your chance, Papaya King. This time you could do it right.
Give Shake shack a run for it's money.

When I was a kid, I saw W. H. Auden standing at the grungy north/east corner of St. Marks and the Bowery. Waiting for the light? Being struck by inspiration? But I can't imagine him standing at that corner in front of a glass wall office building being struck by anything other than a kid on a skateboard. God, how times change and change and.. well... Yeah.

Blandification is my favorite new but sad word.
Manhattan = blandification. Where else to move though?

A huge nasty construction eyesore for years on the way! St Marks is over!

I never thought I would miss Spacely

Good riddance to Continental. Its owner Trigger was a jerk who sold out to NYU kids.

McDonald's, a smoke shop, the Continental... I'm not really going to miss any of these spots.

Still hoping for news that Korilla finds a home nearby. Anything that I've had there has been delicious!