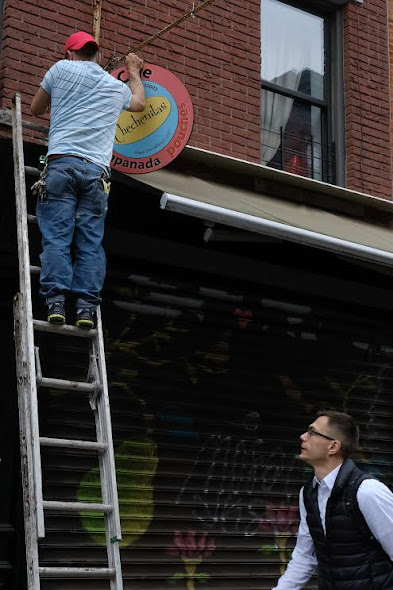 Last week, workers removed the sign of the previous tenant, Cafe Che (and later Benny's Burritos & Empanadas), which sold a variety of empanadas.

Word here is that a Japanese restaurant called Suki will be opening in a few weeks... 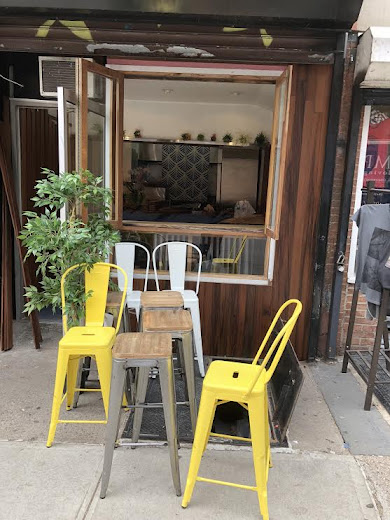 We don't have any other details about Suki at the moment. 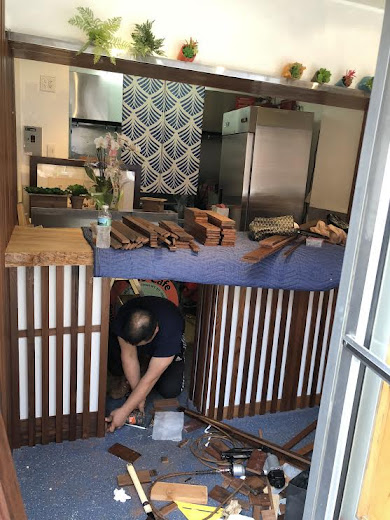 Mark Merker, who launched Harry's and Benny's Burritos in 1987, opened Cafe Che in April 2017 ... after a brief closure, it returned as Benny's Burritos & Empanadas this past January. Unfortunately, he wasn't able to make the space work, closing for good in March.

The space was home until the fall of 2016 to Abraço, the popular coffee shop/cafe that moved across Seventh Street.

H/T Derek Berg and Steven!
Posted by Grieve at 4:24 AM