A bar called Spike's is coming to 218 Avenue A 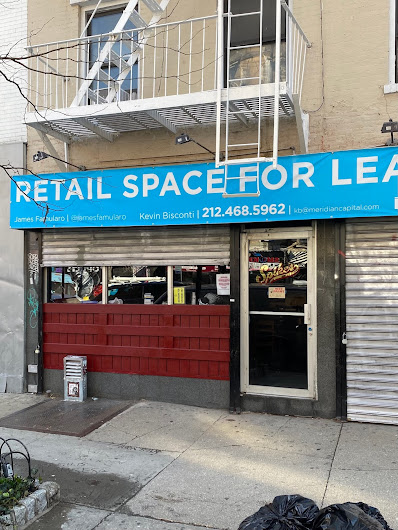 You may have noticed a new name on the front door at 218 Avenue A ... a bar called Spike's is in the works for this space between 13th Street and 14th Street... 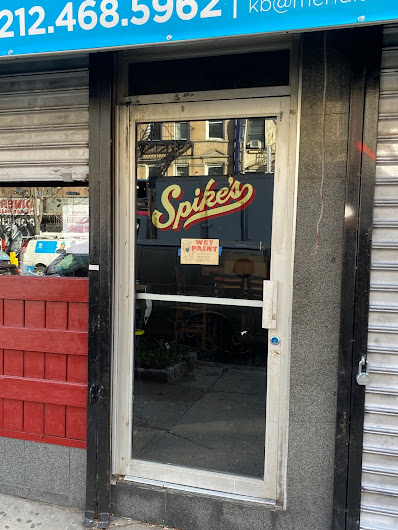 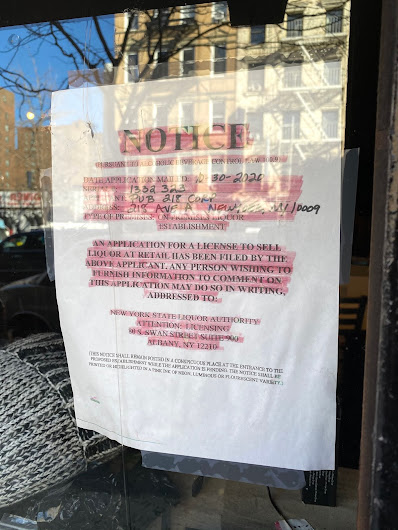 We're told that the owner of the Spotted Owl (and other ventures) on Avenue A at 13th Street is behind this pending establishment. No word on an opening date.
This space was previously the Horsebox, the sports bar that opened in the spring of 2010 ... they never reopened after the PAUSE in March 2020. A for-lease sign arrived here in August.
Thanks to Steven for the photos!
Posted by Grieve at 4:49 AM

How did happen, how did the community board give the green light on yet another bar in alcohol saturated block? Spike you are NOT welcome.

once a location is a bar the local community has little say. the state 99.99 percent of the time will issue a license.

Guys its a land grab, more parking spaces will be taken and built out and then left empty 90% of the time. I'd love to see the Lease and see what language is inserted for the parking spaces and sidewalks defining how possession was taken from the residents a public space and given to private business. Its not like most of us can enjoy these overpriced places.

But it presents a dilemma in that DiBlasio is actually providing such a hand off to big real estate, and through them, the banksters serviced debt.

Spike you ARE welcome and I look forward to it. Hopefully it's another sport bar like the Horsebox, just less smelly.

The Community Boards only make recommendations. The State Liquor Authority does not follow the law or recommendations regarding the 500 foot rule. They do not like it so why follow it?

I own a record store in the Village of Catskill named Spike's Record Rack. They totally ripped off my logo.

No Spike is not welcome. This neighborhood is oversaturated with bars. We will fight to try to keep them out because they diminish our quality of life. Our government has failed us in this regard. GO AWAY.

When businesses are closing left and right in this neighborhood and it's harder than ever to run a bar, why are people complaining when someone dares to open one? Welcome, Spike's!

Sounds cool. With whole swaths of bars and restaurants closing, we need more fresh businesses in the neighborhood!

The people complaining about this bar and supporting the lockdown are usually people still getting paid or retired and enjoying dirt cheap stabilized rents. They tend to be older and not interested in bars or nightlife in general. Anyone opening a business in NYC should be applauded and supported. Do people understand that the city is broke? NYC needs jobs and businesses more than ever. Go out and see for yourself.

Spike's is welcome. Cheap beer, cool bartenders, good music. Some of the people who post in here are chronic whiners and poorly informed.