Savannah Guthrie raised $217k for the Bowery Mission while guest host of 'Jeopardy!' 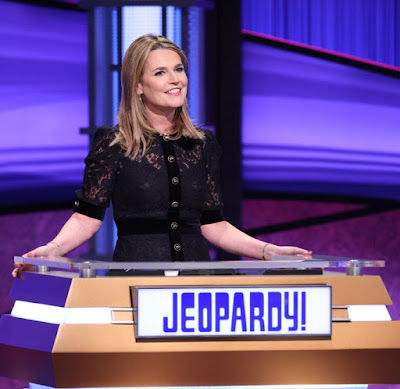 On Monday, we mentioned that Savannah Guthrie, co-anchor of the "Today" show on NBC, served as guest host on "Jeopardy!"
In honor of the late Alex Trebek, the show matches contestant winnings with a donation to the charity of the guest host's choice.
Guthrie's choice was The Bowery Mission. After her first week, she raised more than $105,000.
And upon completion of her second week, she totaled $217,985 ...

A total of $217,985 goes to The @BoweryMission as part of @SavannahGuthrie’s two-week stint as guest host! pic.twitter.com/Nn1g2fYTG8

Email ThisBlogThis!Share to TwitterShare to FacebookShare to Pinterest
Labels: The Bowery Mission

Thanks Jeopardy, Savannah, this is Great for The Bowery Mission!! I still Miss Alex Trebek RIP. But Savannah is doing a good job.

Did a great job, she's done.

That's so awesome. A win for our community. Go Savannah!