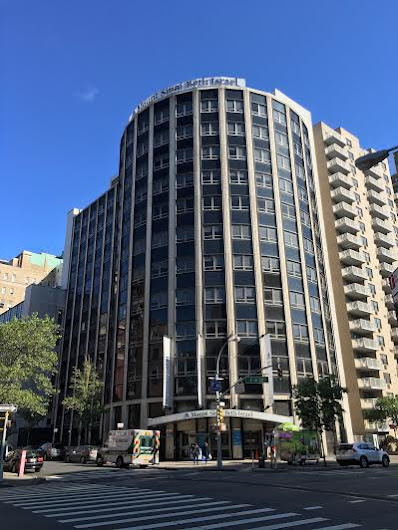 ICYMI: Mount Sinai Beth Israel officials have decided against their "$1 billion downtown transformation" that would have seen the creation of a new 7-story hospital on 13th Street between First Avenue and Second Avenue.
Instead, officials said they will renovate its existing facilities along First Avenue between 16th Street and 17th Streets.
According to published reports (Crain's first reported on this last week), officials cited the need for additional hospital beds following the COVID-19 pandemic.
In the fall of 2016, the Mount Sinai Health System announced a years-long project to rebuild Mount Sinai Beth Israel, transitioning to a network of smaller facilities throughout lower Manhattan.

The plans included an expanded facility on 14th Street and Second Avenue as well as a 7-story hospital on 13th Street on the lot where a now-demolished 14-floor building that housed training physicians and staff once stood. They also planned to close its current location — with nearly 700 beds — on First Avenue and 16th Street. The new 13th Street hospital would have featured 70 beds.
In a statement last week, the health system shared the following (H/T Becker's Hospital Review):

The COVID-19 pandemic brought unprecedented challenges to our city, regional health care providers and the Mount Sinai Health System. These changes forced us to assess and rethink many aspects of how we can provide and improve care, including re-envisioning the future of Mount Sinai Beth Israel.
Under our new plan we will be able to surge to the same bed capacity as we did during the height of COVID, which is also more than twice the surge bed capacity as the old 14th Street plan.

Officials said they'd announce more details on the modernization of their current campus at a later date.
It's not immediately clear what they plan to do with the empty lot on 13th Street that was slated for the new facility... 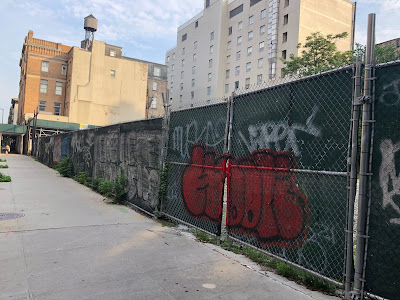 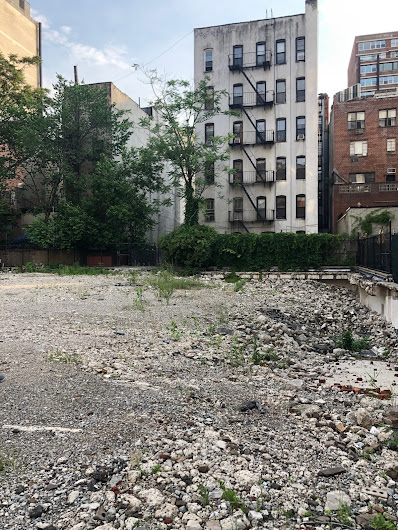 Local elected officials responded to the news in a series of statements...
"We are heartened by Mount Sinai's decision to renovate Beth Israel and look forward to a robust community engagement process in determining the scope of services needed there." — Manhattan Borough President Gale A. Brewer
"Mount Sinai's announcement to stay at the current location and modernize their facilities is a win for the community, which had expressed significant concerns about losing so many hospital beds in lower Manhattan. They voiced these concerns before we even knew what COVID-19 was, and this pandemic showed us — in the most painful and devastating way — how right they were. But there is still much we don't know about this plan. While Mount Sinai has committed to keeping the existing building, we don't know what the future hospital will look like." — State Sen. Brad Hoylman
"Mount Sinai Beth Israel's decision not to relocate and instead focus efforts on bringing the existing campus into the modern era has the potential to improve health care services for Lower Manhattan residents. But we will only be able to truly address the systemic health care inequities exposed by COVID-19 at Mount Sinai and beyond if the full breadth of community demands are met. This includes the return of previously removed inpatient beds and medical services, as well as a commitment to improved community engagement." — Council Member Carlina Rivera, chair of the City Council Committee on Hospitals.
Previously on EV Grieve:
• An empty lot awaits the future home of the new Mt. Sinai Beth Israel Hospital on 13th Street

Sound planning now that the hospital demolished the resident housing building on 13th Street and sold off the resident building on 15th Street between 2nd and 1st Avenues plus the one on First Ave and 17th Street to the New School for expanded dormitories.

Now if they could only work on staff protocol. You know such things as greeting patients appropriately and responding to messages through their Mychart system. Those would be the BIGGEST improvements of all.

Many times during the worst months of the pandemic I was grateful that Beth Israel was still standing. Sorry to NOT be a buzzkill, Grieve commenters, but their decision to remain here as a full service hospital is straight up good news for the neighborhood.

We've lost several hospitals since 9/11 and I've wondered what would happen in the event of a mass emergency. Well...some day we may all be privy to what exactly went on inside hospitals during the pandemic and the extent of the trauma to staff an hospital administrators that brought them to this decision. I'm only sorry it took the loss of so many lives to show how much we need these facilities.

I really hope that means the "expanded facility" (aka decade long construction sh*tshow on 2nd Ave and 14th St.) is also OUT of their plans. Not to mention the UGLY rendering that we saw.

Definitely not the best hospital by far but glad they are staying. It's a bit dismaying that the politicans seem to hear about these things on Twitter along with everyone else. They get involved with minor projects in the neighborhood but the only hospital in the area ?

I went there a few years ago and the facilities were not very good, they will need a tremendous amount of renovation.

Not sure if Beth Israel's presence affects the real estate in the area. It's in proximity to dense housing including a few rows of townhouses which would be grouped with the Gramercy Park area.

Noisy sirens can be an issue.

Will developers be lining up to buy the empty lot on 13th between 1st and 2nd?

Beth Israel has taken great care of me for decades. Since the loss of Cabrini and St Vincent’s and other downtown facilities, so important to keep it. Thrilled and deeply relieved at this news.