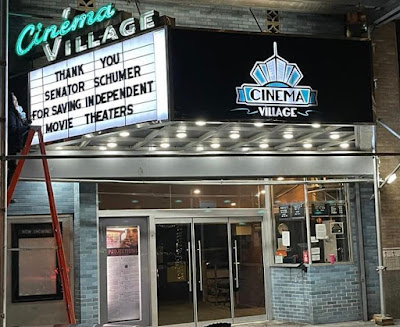 Cinema Village, the historic theater at 22 E. 12th St. between University Place and Fifth Avenue, reopens Friday for the first time since March 2020.
And there were concerns that the theater, which has been here since 1963, would ever return... fueled in part by the sign in the front window in recent months — "we are closed for business." 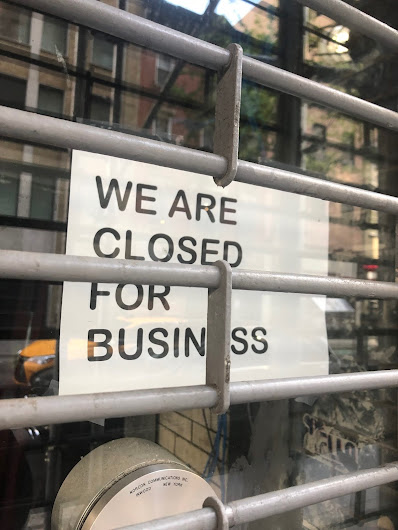 Back in March, owner Nick Nicolaou said that pipes broke in the lobby during the winter, prompting a major cleanup. (He reportedly called the lobby "a disaster.")
Cinema Village will fire up the neon signage and marquee with the 15th Annual Manhattan Film Festival.
With this, most local movie theaters have reopened... with the exception of the Metrograph, which is back with in-person screenings in September, and the Anthology Film Archives, which will continue with online programming for now.
Posted by Grieve at 5:00 AM

I still miss the yearly Hong Kong movie festivals they would have here in the 1990s, when it was still a single-screen theater.

So glad they can reopen!