Another visit to Streecha Ukrainian Kitchen 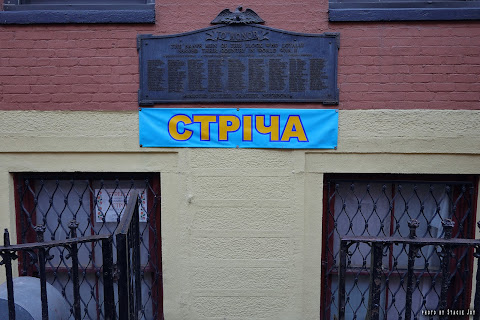 Photos and reporting by Stacie Joy
Streecha Ukrainian Kitchen on Seventh Street has long been one of our favorite places to visit for an inexpensive lunch special as well as to pick up some Ukrainian potato dumplings (varenyky).
Yesterday, EVG contributor Stacie Joy stopped by the no-frills basement cafe, which generates income for the St. George Ukrainian Catholic Church up the block on Seventh Street. 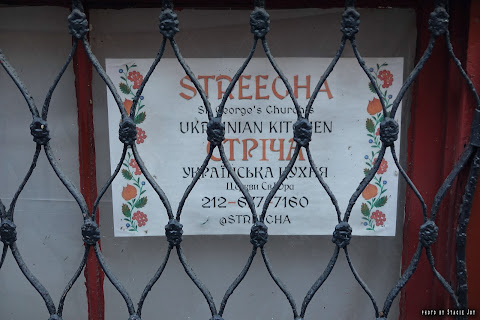 It was crowded for this time in the afternoon with people out to show their support of Ukraine. While the diners seemed pleased with their meals and enjoying the moment, the mood in the kitchen was tense with the steady stream of news coming from Ukraine as Russian forces continued to use heavy weaponry in their unprovoked invasion. 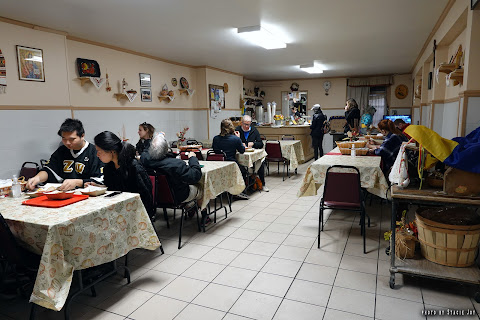 Volunteers — parishioners from St. George's — usually help prep on Fridays. But given the uptick in business, they were also on-hand yesterday... and keeping a watchful eye on the TV.
One of the volunteers was face-timing with her husband in Western Ukraine. He is said to be safe, but there is worry. 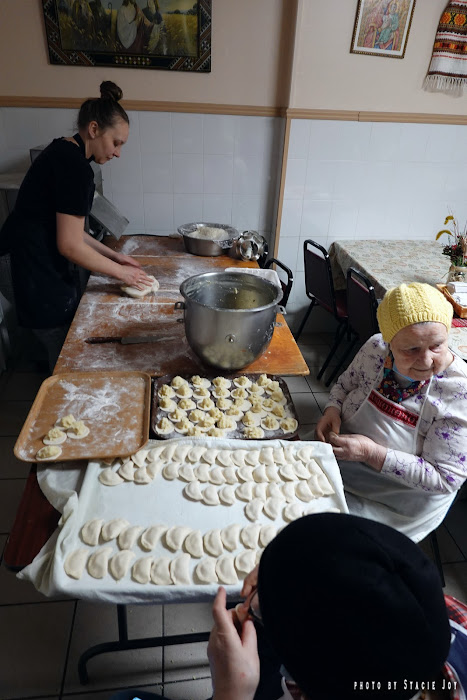 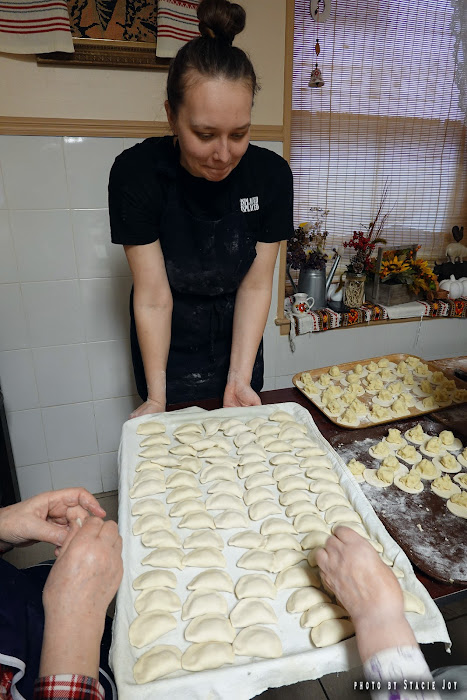 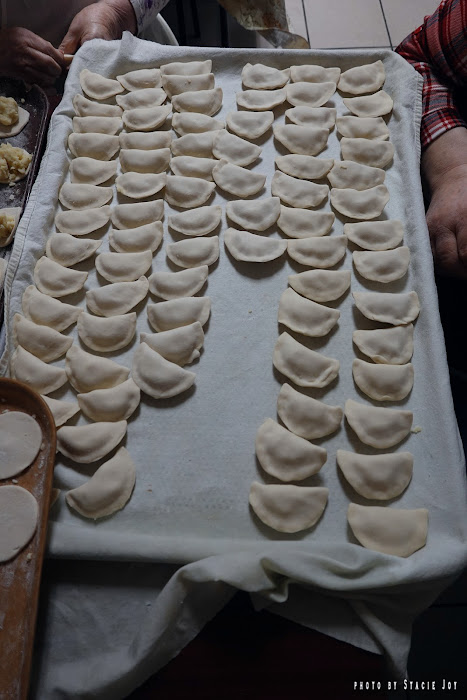 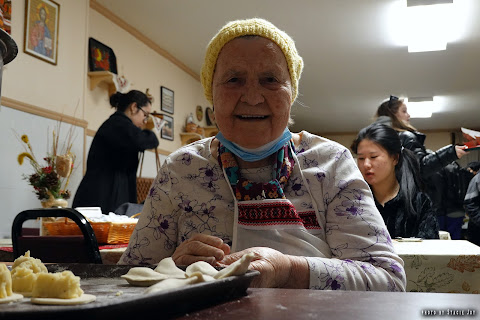 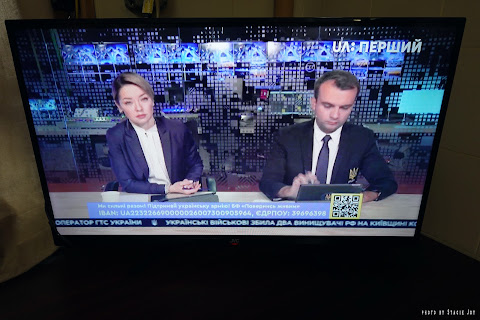 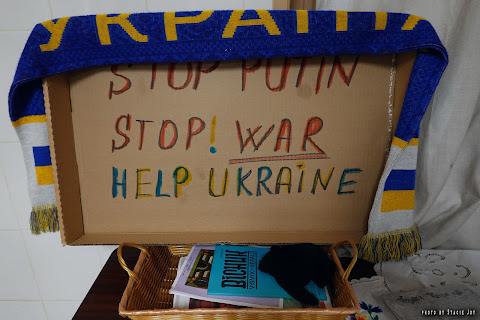 The cafe is also collecting donations to support the Ukrainian Army ... 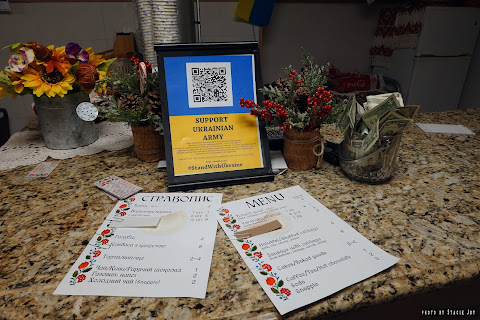 Streecha is at 33 E. Seventh St. between Second Avenue and Cooper Square. They are open 9-5 Wednesday through Sunday.
Check out the Streecha Instagram account for more information. (They are on TikTok as well.)
Previously on EV Grieve:
A visit to the Streecha Ukrainian Kitchen on 7th Street
Posted by Grieve at 5:30 AM

Best Ukrainian food in the neighborhood!!