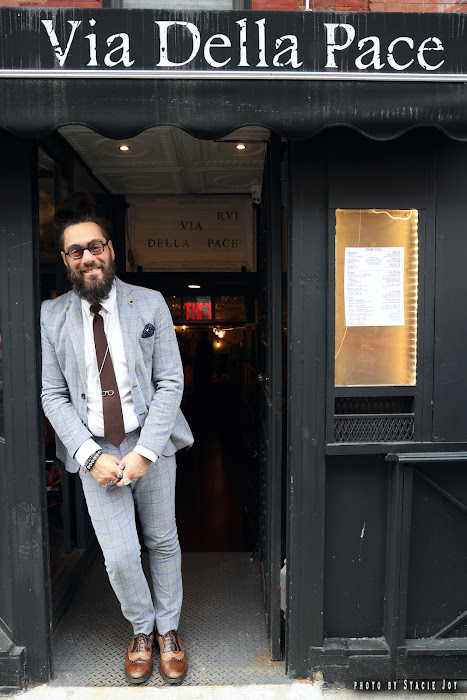 Photos by Stacie Joy
A new era begins for Giovanni Bartocci (above and below, left) and Marco Ventura at Via Della Pace. (The two also recently opened the small grocery Via Della Scrofa at 60 E. Fourth St.) 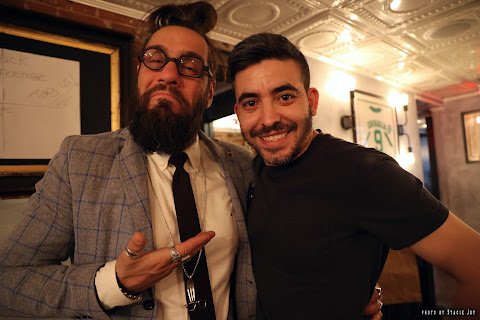 Last night, the restaurant had a soft opening in its new home at 87 E. Fourth St. between Second Avenue and the Bowery... after months of delays while waiting for approvals on various permits and licenses.
As Bartocci told us at the start of the year: "We are close — very, very close to opening. Close to opening sounds funny, but we have been almost ready since the end of July, but nothing is playing on our side. We are stubborn, and we don’t give up!"
EVG contributor Stacie Joy stopped by Via Della Pace for the opening last night... 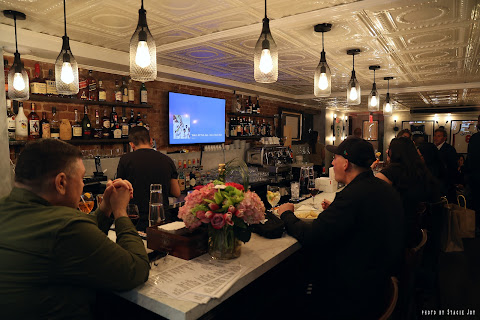 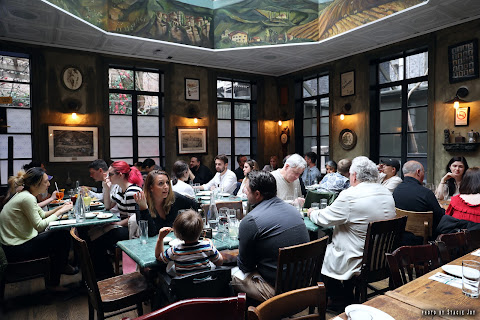 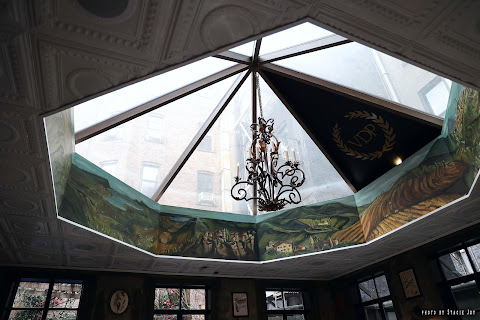 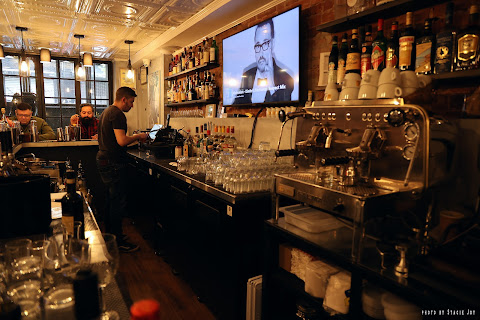 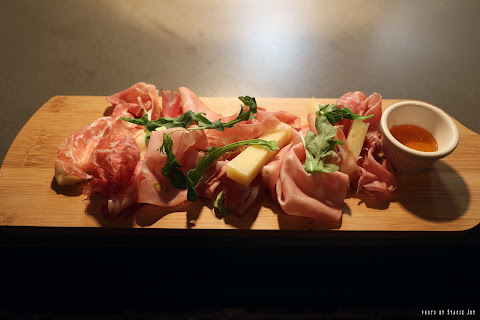 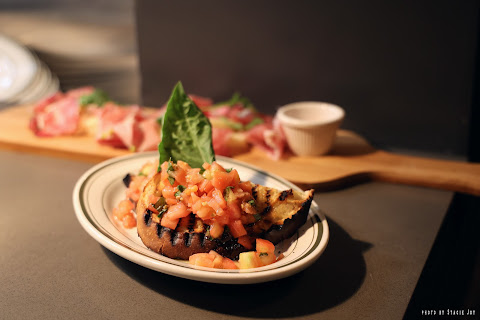 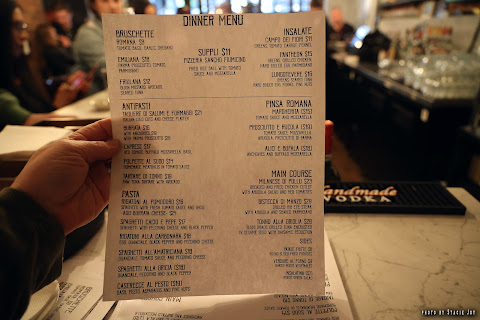 Via Della Pace, which first opened in 2002, lost its home during the devastating fire on the southeast corner of Second Avenue and Seventh Street in December 2020. VDP had been closed since a previous fire on Feb. 10, 2020.
At the time, the owners were unsure if they would ever reopen on Seventh Street. The Dec. 5 disaster took care of that, as workers had to demolish the five-floor building.
You can follow Via Della Pace on Instagram for updates. 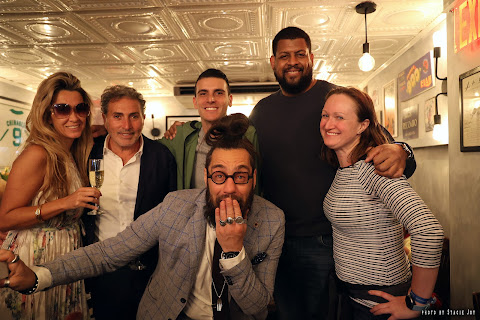 No. 87 had been vacant since Cucina di Pesce closed in September 2018.
Previously on EV Grieve:
• The first look at the all-new Via Della Pace on 4th Street
Posted by Grieve at 5:30 AM

Email ThisBlogThis!Share to TwitterShare to FacebookShare to Pinterest
Labels: Via Della Pace

This is such wonderful, uplifting news! Many a wonderful plate of pasta I had over the years on Seventh St. I wish them great success and will try to dine there this week!

This could have been a really sad story and instead it's inspiring! The new space looks gorgeous, I can't wait to stop in.

And don't sleep on Via Della Scrofa -- the porchetta sandwiches are ridiculously good (and they won't break the bank, they're less than $10!)

Best of luck and congrats to Giovanni, Marco and the team!

I passed by their own burned out location awhile back feeling sad about it all, and then it occurred to me that the timing of the second fire which did them in might have been a blessing in disguise. Covid hit just afterwards, and who knows if they would have survived a triple disaster after having just renovated the old restaurant. Now they are in a much larger space, in an amazing location that for years served great Italian food, and it looks spectacular. Not many restaurant can say they survived two fires plus Covid, but here they are, better than ever.

Awesome news!!! Thank you for letting us all know.

Welcome back VDP ! What a great neighborhood restaurant Great food and ambiance . So good so see tenacity of young business owners to survive adversity-fires and Covid … Thank you Marco and Giovanni and good luck

@6:54 pm it was there in the 80s! i was a teen then and my friends and i joked about how out-of-reach posh it seemed to us! the lingerie store enelra was next door. perhaps it changed hands but not names in the early aughts?