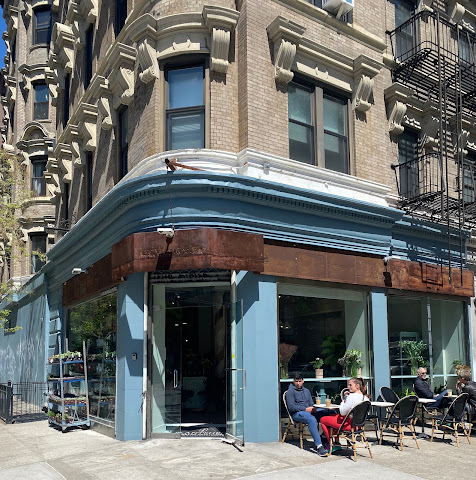 The PlantShed outpost has opened at 193 Second Ave. on the NW corner of 12th Street. (Thanks to Steven for the top two photos.)
As previously reported, this location of the family-owned business that dates to the 1950s will sell plants and flowers and offer café service (tea, coffee and pastries). There are a few sidewalk tables available. 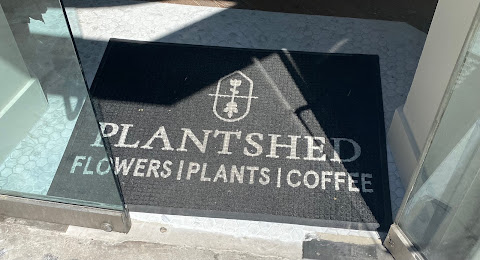 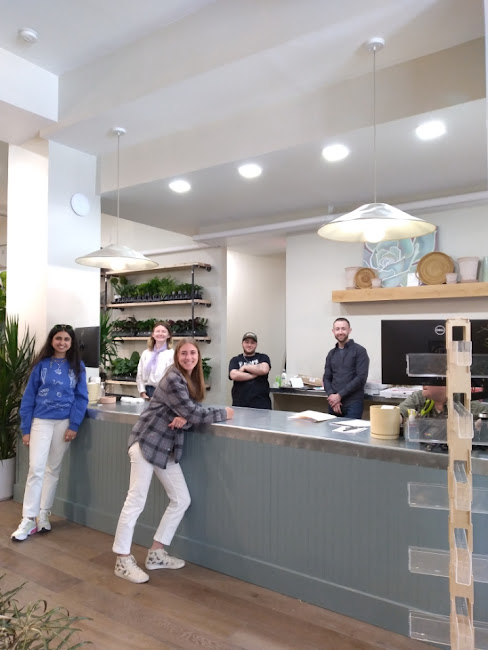 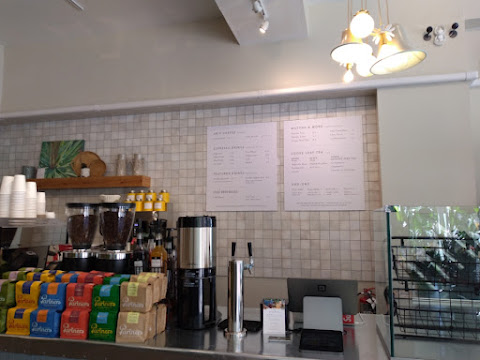 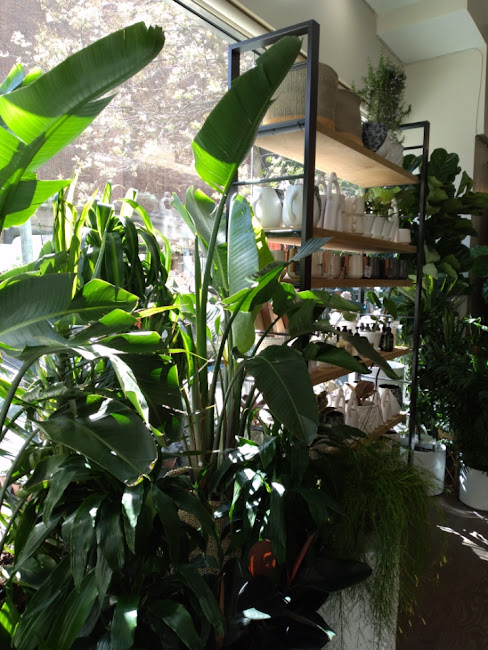 The first PlantShed retail space opened on the Upper West Side in 1981... the café service arrived later.
There are now four PlantShed storefronts — two on the UWS, one on Prince Street at the Bowery and one that debuted in 2020 in Englewood, N.J.
No. 193, a high-profile storefront, has been vacant since Pastel Spa & Nails closed in March 2018.
Posted by Grieve at 5:00 AM

Email ThisBlogThis!Share to TwitterShare to FacebookShare to Pinterest
Labels: Plantshed

Too bad the BEAUTIFUL paintings one the side of that building had to be destroyed (I dont think they had anything to do with it).

So glad to see a new business here but I do feel awful that Pastels, the nail salon, was pushed out. I was hoping they would be able to reopen elsewhere in the neighborhood.

Just stopped in to check the place out. It's really lovely inside, and their regular drip coffee is pretty good, too. Maybe this will inspire me to actually try keeping a plant. Anyway, I hope they make it here. I also kinda hope they commission another mural on the side wall, but I know it'll just get tagged over immediately.

There had been nothing there for a number of years. The previous tenant was required to paint over them when they had to leave bc of rent

Did not have a great experience with PlantShed on Prince and Bowery trying to order arrangements for an event. Had to visit twice to find a person to speak with (after waiting on the long coffee line each time for help) only to be handed a card and told to go on line. Finally got a phone number and spoke to someone who told me to send an email. After two days received an email telling me they couldn't meet my budget and quoted over 2X my price range. Gave up and found a local florist who worked with me and offered me alternatives within my price with great results. They need to lose their lofty self importance and improve customer service.

Welcome to the neighborhood. Great job on the build out. Beautiful. Best of luck.