Rite Aid on Avenue D empties out ahead of rumored closure 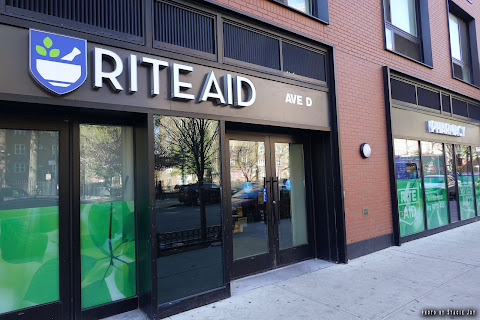 Photos by Stacie Joy
A tipster told us that the Rite Aid on Avenue D between Sixth Street and Seventh Street is closing.
During a visit late last week, two employees told us the following: "We don't know if we're really closing or not — they keep telling us different things." 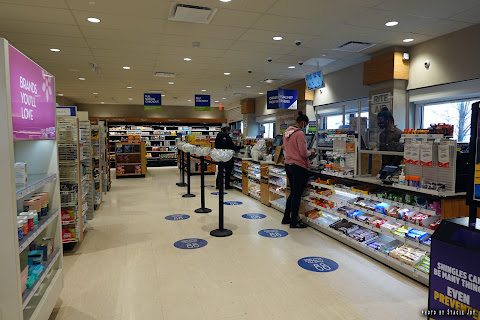 The store doesn't exactly scream "open for business." Many shelves are empty. One employee said shoplifting is a problem — not just here but everywhere. 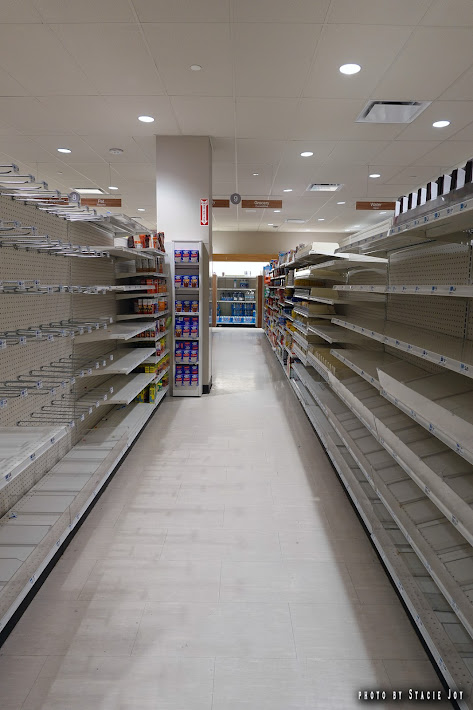 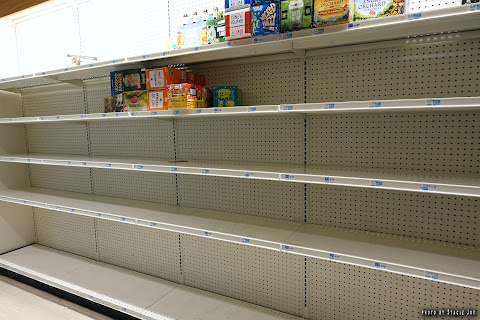 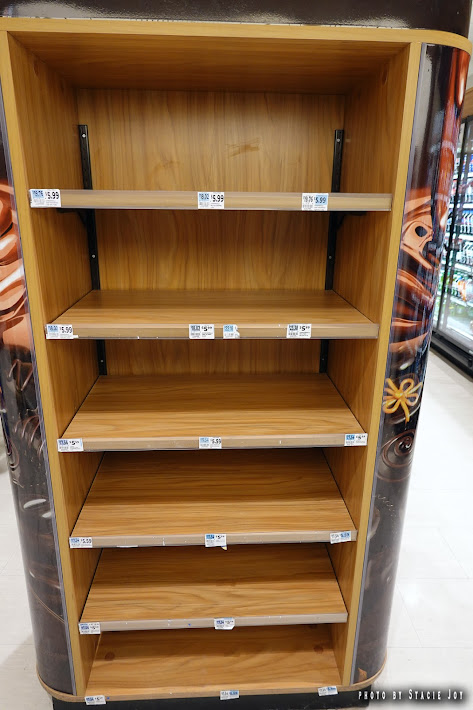 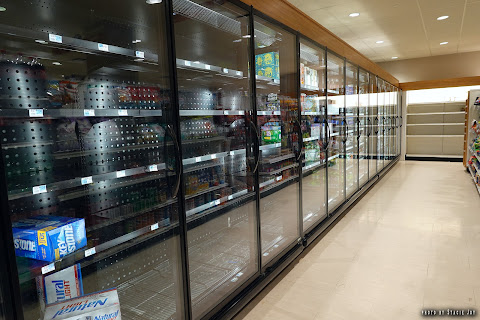 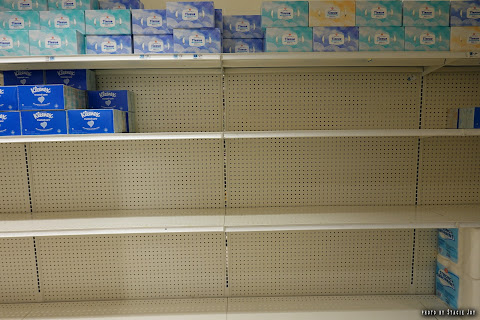 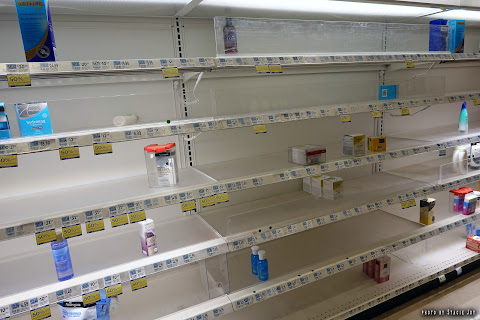 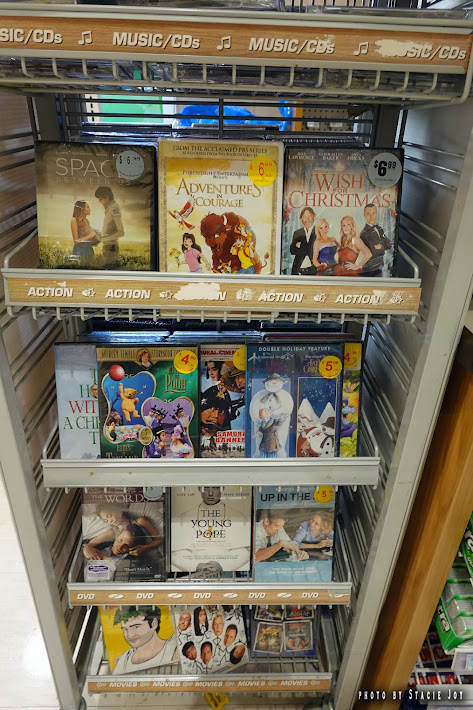 Last month, Rite Aid said it plans to close a total of 145 “unprofitable” stores as part of its optimization efforts ... and is reportedly "looking to save in administrative and labor costs and make improvements across payroll and the supply chain, with total savings expected to reach $170 million in 2023."
Rite Aid opened here in the retail space of Niko East Village, the new 12-story retail-residential complex, in late 2018 ... after a move from its previous home one block to the north.
The Duane Reade closed on Avenue D at Second Street in November 2019 ... eventually replaced by a USA Super Stores outpost.
Posted by Grieve at 5:30 AM

Has anyone noticed how lately all the corporate conglomerates that invaded the East Village in the early 90's are packing up and leaving desolation in their wake? They came in, saturated the area with multiple redundant outlets, forced local business rents through the roof, hung around a few years and now are hightailing out of the area. There used to such things called City Planning and Zoning guidelines. What ever happened to those idea?

I read recently Rite Aid will be closing a significant number of store across the country. Something is going on with them. They also eliminated their loyalty rewards program, which I have used for 20 years because it gave me an automatic 30% discount. This made me a "loyal" customer because the discount made a difference for me. Well, now that it's gone, I really have no incentive to shop there. Sounds like a bad business move to me.

Walgreens bought more of Rite Aid stores in 2018
The rest were taken private by a drug company.
It is the opposite of competition.

I was in that Rite Aid last week. An employee told me the store is closing because shoplifting is a big problem, apparently they have lost $1/2 million in merchandise due to theft and there's nothing the employees can do about it. Then I saw some guy to walk out the door with a 24 pack of Modelo's without paying.

Our legal laws (or lack of them) are lenient and there are no repercussions put in place for the amount of retail theft and crimes across the country. Our justice system is partially to blame for what is going on with the demise of retail businesses.

We received word the LES Rite Aid at Clinton & Grand St is closing as well. Same thing regarding shoplifting; I watched a man walk out with 3 (three!) cases of Modelo last Saturday just after 10pm. Before he even began his exit, one employee just stood there calling him out, "Attention a man is currently stealing beer and there's nothing I can do to stop him. He's the reason why shelves are empty or locked. He's the reason my hours are being cut." etc. It was nuts.

I was at Walgreens on 3rd av and 14th st yesterday for a booster shot. In the 10 minutes I sat waiting for the pharmacist, I witnessed one guy shoplift, leave, and come back 5 minutes later and shoplift more stuff. Then another man came to the same spot and also shoplifted. And there was an employee stocking the same shelf that that the second man was stealing from at the same moment. No reaction. Personally, I believe in street justice. Especially since shoplifting is no longer considered a crime. If that were my business and I saw somebody stealing, I would whack that motherfucker.

Though there was nothing magical about this location, the convenience will be sorely missed. Stealing happens everywhere and isn't unique or specific to this location, so let's not make it about that.

Yes the shoplifting problem at the Rite Aid drugstores has gotten so bad that I notice the local NYPD police precincts just park their police cars in front of the main doors all day with the emergency lights on without anyone inside of the police cars. I guess they think that it is a deterrence maybe for a little while but the shoplifters will figure it out.

Seems like a pretty classist decision to close this particular location, which was always pretty busy — and some real BS that they won’t tell their employees if they will still have jobs next week.

The person stocking the shelf at Walgreens should not be in a position to defend this location of a corporate chain. And, personally, I have little to no moral judgement about stealing from major corporations. They steal from the rest of us every damn day.

I'm not buying the shoplifting excuse for closing the stores. What sense does that make? People steal, so they eliminate the stores? How do they expect to continue business? The solution to that problem would be to revamp their security system. Something else is up.

You realize small mom and pop stores are being hurt by shoplifting also? It's not just big corporations. Bodega and fruit vendors are having the same problems.

Whacking someone isn't the solution even if that is your instinct when you witness theft occur. The reason none of these employees are doing anything is because they can't obviously for legal matters. If they try to intervene and/or engage with one of these individuals, they can get seriously hurt, injured, and in some cases, sued by the shoplifter, and terminated by the company for touching them in the first place. My fiancé is a lawyer and knows the system far too well. The best thing to do is nothing. I visited CVS on Astor over the weekend for cough medicine and ginger ale. I also needed a hygiene product which was locked up. Normally I'd just find it on the shelf. At the checkout aisle, three separate men ran in and stole crisps, beef jerky, candy, and liters of soda. Alerts went off near the exit. The manager was standing there and saying we see you and shrugged her shoulders. But she didn't do anything because she said she didn't want to go to jail or lose her job. This is the climate we are in. Stores are closing because of this. Rents are going up. It is very sad.

@9:43AM: Are you new to NYC? OF COURSE shoplifting is a major issue, thanks to NYC's decision to de-criminalize nearly form of theft/crime.

Shoplifters are emboldened as never before. And we see that the people doing the shoplifting are hurting our neighborhoods (which are also often THEIR neighborhoods, DUH).

Rather depressing to think of how many people who are our neighbors are likely stealing stuff, with the result that (a) we pay MORE when we buy and (b) the stores will eventually close. That's gen-u-ine stupidity, and we are awash in it.

CVS Health records $2.3 billion in profit in the first quarter The company also saw revenue climb 11.2% over that time, hitting $76.8 billion during the quarter, according to the earnings report.

Rite Aid dropped the ball on Covid while customers flocked to CVS for testing, vaccinations and health supplies. RiteAid is also losing pharmacy business to CVS. Both chains are closing stores due to overexpansion during the days of zero interest rates, but CVS keeps beating Wall Street forecasts every single quarter in spite of all the shoplifting.