A Building lobby back in business; Plus! A home here "for serious investors only" and the penthouse keeps getting lower 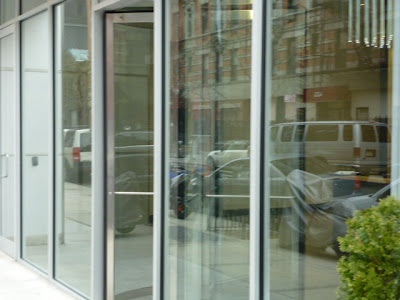 And I really don't see much difference, though, of course, I've never actually been inside.

Meanwhile, as an FYI, there's a two-bedroom, two-bathroom (plus home office!) still available for $1.5 million. According to the listing:

StreetEasy notes this unit was marked down $45,000 last week.

Also, there was an open house yesterday for the $2.1 million penthouse. This unit was reduced by $250,000 (11 percent) on Jan. 14. As Curbed reported, this apartment was bought for $2.05 million in 2008. The price was $2.35 million this past fall. No word on whether the PH will come furnished with that zebra-skin ensemble below... 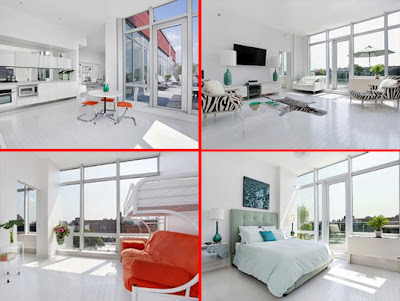 Previously on EV Grieve:
A Building residents forced to use the service entrance (Dec. 7)
Posted by Grieve at 6:55 AM