Send me an angel 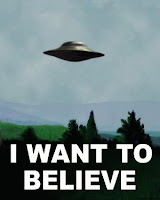 Thanks to Scoopy for the mention this week in The Villager... and for passing this along...

Ray needs an angel:
A local blog reader, on EV Grieve, we believe (hey, that rhymes), might have come up with the best hope — well, maybe it’s more like a prayer — for saving Ray’s Candy Store, at Seventh St. and Avenue A, from eviction. Sure, a fundraiser to pay Ray Alvarez’s last two months rent would be great, but what about going forward? Goggla posted: “Maybe the mysterious donor who stepped in and saved St. Brigid’s will extend their generosity to another neighborhood landmark. If the $8K is raised to save Ray, what about the next month, and the one after that?” In May 2008, the Catholic Archdiocese announced it had accepted an anonymous $20 million donation to restore St. Brigid’s Church and save it from demolition. More recently, an anonymous donor gave the ABC No Rio arts collective $1 million. Could Ray be next?

Ha! And I always preferred "Catch Me, I'm Falling"