The last time I looked at Google's Maps of the neighborhood, I had nearly two-year-old views of late summer 2007. Now, it seems as if Google has caught up to the spring of 2009 (based on the movies being advertised at the Loews Village — "17 Again!")

Anyway, it's really amazing how much has changed just since late last spring...for instance, do you recall a kinder, gentler time along the 200 block of Avenue A...? 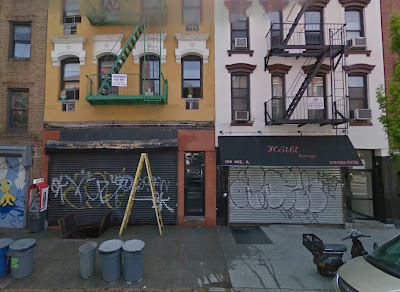 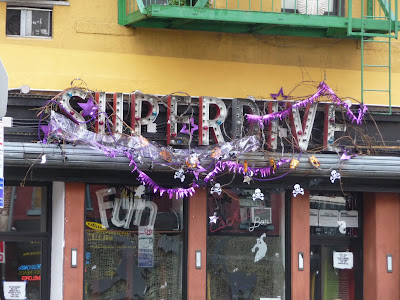 For further reading:
Traveling the East Village streets of late summer 2007 (and who wants to go see "Mr. Bean's Holiday"?)

Google Streets (Jeremiah's Vanishing NY)
Posted by Grieve at 6:55 AM

Superdive is for sale. It's on the Tower Brokerage website: http://www.towerbrokerage.com/rlisting.htm

Thanks, anon. Curious if they've had any feelers. So to speak.